Michael Karnjanaprakorn, the founder, defines Skillshare as the “Netflix for taking classes.” For about $12 a month, users can access an enormous library of educational content that emphasizes professional, monetizable skills.

Skillshare itself is a platform—they don’t produce the actual content. On Skillshare, almost anyone can become a teacher and enter direct competition with other tutors.

It’s a model that is closer to Youtube than a traditional learning platform: teachers collect followers, earn “top teacher” badges and advertise their freelancing services, while their content—the courses—is fighting for views and enrolls through an engagement-based feed algorithm. Top teachers earn upwards of $100,000 a year, and Skillshare takes a cut of their income.

From the CEO’s perspective, having more teachers pump out more content increases Skillshare’s value offer. When the library was still building up, they were charging $10 for 100 classes. Now, Karnjanaprakorn says, that ratio is closer to $17 for “hundreds of thousands of courses.” Nathan Latka sat down with Skillshare CEO Michael Karnjanaprakorn to figure out just how profitable a dollar invested into the company is.

Skillshare Was Born Out of Strict Korean Parenting

Karnjanaprakorn is a second-generation Korean born in the US, and the stereotype, in this case, is true: there were a lot of things “he was supposed to do.” Most of those things were associated with getting into the right school and pursuing the right grades.

The conflict is not hard to predict: his parents pressured him to study things he found neither interesting nor meaningful. So Skillshare—a platform that is all about making difficult subjects fun to learn—is not exactly an unexpected turn of events for Karnjanaprakorn.

But it’s not obvious that a 27-year-old with strict parenting and tech background should go into the education SaaS space. With product development experience, it would seem intuitive for Karnjanaprakorn to go for a deeply technical product. Instead, he goes for a technically simply content-based SaaS.

Having spent 6 years studying Economics and Advertising, Karnjanaprakorn knew that long-term, mission-driven businesses are much easier to market than those built as cash-flow machines. The soon-to-be founder knew that making education fun and accessible is an easily marketable story he could see himself spend 10+ years working on. Plus, he had the advantage of his personal story.

But Skillshare is far from a video blog. Machine learning algorithms are hard at work to personalize the learning experience for each and every user. It monitors their engagement in ways we don’t even suspect—and provides a coherent, intuitive experience as a result.

Skillshare Was Founded With $5,000

Skillshare was originally bootstrapped, launched with just $25,000 of the founders’ money—only $5,000 of which they spent to build the MVP. As of March 2018, the company had raised $25 million.

Online learning is a crowded space, and the way Skillshare competes against the likes of Udemy and Lynda is through its entrepreneurial focus. Everything from their marketing to the topics of the courses is aimed at Millennial freelancers and small business owners. 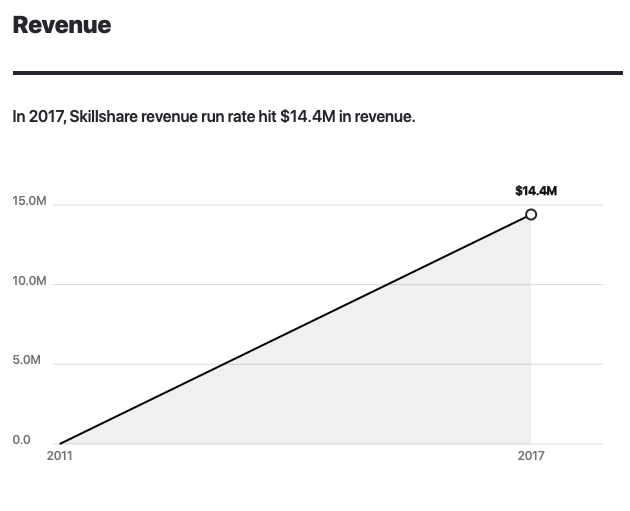 The other thing Karnjanaprakorn does—and this is how he managed to launch Skillshare with just $5,000—is to keep the underlying technology as simple and lightweight as possible. In the end of the day, Skillshare’s product is just a bunch of .mp4 files. In more abstract terms, Skillshare is just a catalog of videos—and Karnjanaprakorn intends to keep it that way until there’s a good reason to expand their product.

Today, Skillshare is your ultimate tactical advice platform where freelancers and small business owners can learn everything from crafting digital illustrations to cooking bagels based on a local recipe. But it wasn’t always that way.

Unlike most SaaS’es, Skillshare started out as a physical-first business. Back in 2011, a 30 year old Karnjanaprakorn didn’t yet know how his vision would look—he just had a dream of making learning a fun and engaging experience. 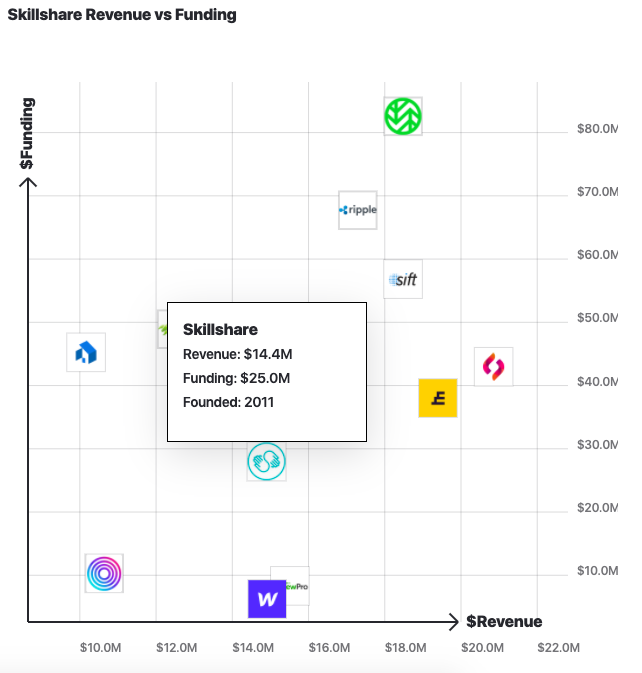 The first classes were all in-person, Karnjanaprakorn remembers. Him and his co-founder would reach out to teachers—many of whom were friends—and “do everything [they] could” to get them to teach. For teachers, it was a frictionless opportunity to make side income. For Karnjanaprakorn, it was something more.

See, the young CEO had a choice to make: he could either go after the students, or the teachers. He chose teachers, because they amassed an audience of their own. The more respected the teacher, the more students they brought in.

Looking back, Karnjanaprakorn says that the worst thing they could’ve done was to “do everything at once.”

The in-person classes helped Karnjanaprakorn find his first success, but he quickly realized that it was an unscalable model. As a student-teacher middleman, he could only set up 10-20 classes a month. He needed something else.

Transition to virtual classes, obviously, was the main thing that enabled Skillshare to scale. But it was a combination of small details that paved the way for it to actually work. 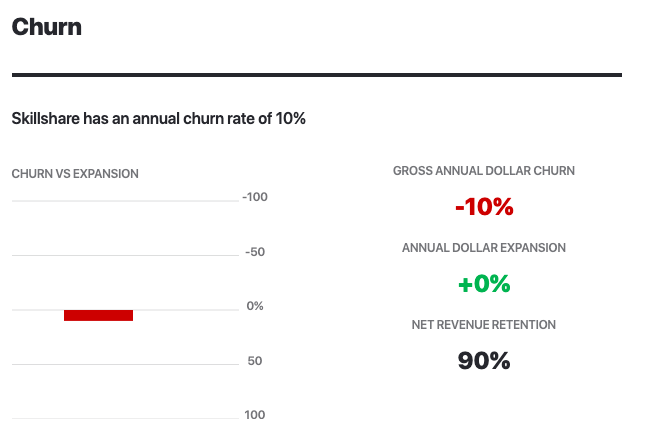 For example, instead of hiring hundreds of community managers, Karnjanaprakorn built a user-curated forum experience where “classmates” can talk to each other real time and share useful resources—just like they would in the classroom.

Nowadays, Skillshare is not just a learning platform—it’s a full-fledged tutoring marketplace. Teachers set their own prices, create their own profiles and upload their own content. Skillshare decision makers’ role in this company is that of overseers and coordinators.

The average customer pays Skillshare $12 each month for the privilege—a 50/50 divide between customers who pay $15 a month and $100 a year.

As a content-first SaaS, Skillshare is big on tracking user engagement. One of the key things Karnjanaprakorn has noticed is that customer retention rose gradually as their library grew—you finish a course, and there’s a high chance you’ll find another course that also matches your interests and goals.

1 hour of watching Skillshare courses—or finishing 1.5 classes—is the threshold where the CEO knows that the customer is going to stick around and continue their subscription next month.

As of March 2018, 3.5 million users were enrolled in over 17,000 of Skillshare’s classes provided by about 5,000 teachers. Half of Skillshare’s customer base is international, says Karnjanaprakorn. Up until then, the company was able to double their revenue year over year to $14.4 million in annual recurring revenue back in 2018.

Having found the product market fit, Karnjanaprakorn is now all about scaling. One of the things he pays particular attention to is user engagement. Skillshare is actively monitoring how long users watch particular classes, and then the algorithm takes over, prioritizing that class in the search interface. 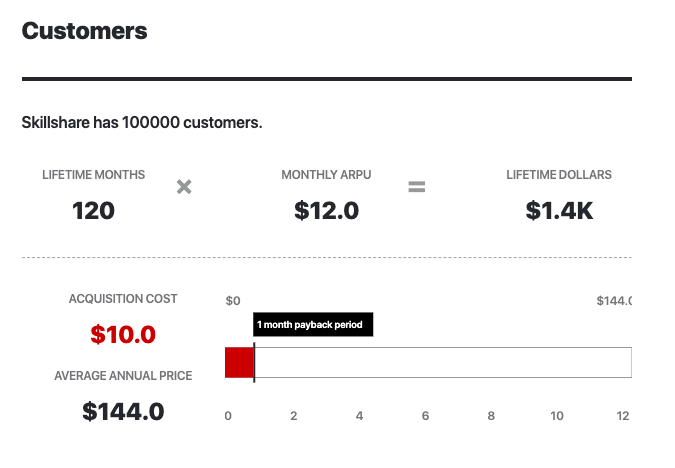 They’re also big on personalization. If you’ve watched an entire class of Psychology 101, Skillshare is going to recommend a similar class the next time you log on. This way, each user is provided with their own personal school of hand-picked subjects.

The broader vision is that of an entire “learning ecosystem for the new economy.” Jobs have changed dramatically in the past 40 years, but entrenched university programs are struggling to keep up. Skillshare is aiming to fill that gap by providing courses like Building an Etsy Shop that Sells, Digital Illustration and Going Viral.

Churn is always a struggle for educational content companies. Unlike things like PayPal or Gmail—which people use indefinitely unless their life changes in a major way—online learning platforms struggle to keep users subscribed. Why would you keep paying $12/mo if you’ve learned what you came here to learn?

Karnjanaprakorn doesn’t share his exact churn numbers, but he does say that he considers 15% revenue churn a terrible number for a business like his. He could live with 10%, while 5% he considers to be world class. I think it’s safe to estimate Skillshare’s user and revenue churn—which, due to a single price point, are the same—to be at around 7.5%.

To keep lowering his churn, Karnjanaprakorn just keeps focusing on the core product. There are a few little tricks that could net you a 0.1% churn win here and there, but the actual experience is what counts.

Karnjanaprakorn says that up until 2018, Skillshare primarily relied on word of mouth for their growth. Once he did start running marketing campaigns, the average cost per acquisition was around $15-$20. 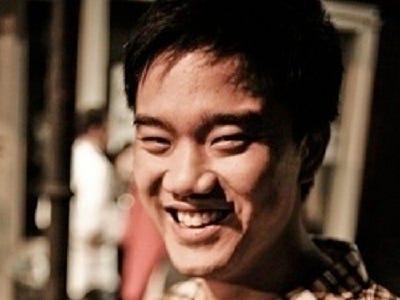 Surefire Local just raised $10m to hit $30m in ARR, how the king of capital efficiency did it