One of my biggest challenges scaling Latka SaaS Magazine is validating physical addresses when customers purchase an issue. Lob seems to have solved this issue at scale for large customers like Amazon, Oscar Insurance, and other ECommerce businesses.

On July 9th, I got the chance to sit down with Co-Founder Leore Avidar to talk about the business.

“I Only Want to IPO”

When Leore met his co-founder Harry, in 2013 when they were both 24, they challenged each other to take this new idea, build a company, and take it public.

Leore feels that they need at least $100m in annual revenues (ARR) to be a sustainable public SaaS company.

In 2018, the company passed $40m in total revenue split between 600 enterprise customers paying $52,000 per year on average in a pure SaaS model and then a usage based model tied to how many postcards or letters these customers sent.

They charge $0.41 per postcard sent and north of that per letter sent (volume discounts). Through June of this year, the company has sent 120m pieces of mail reaching 1 in 4 US households up from 70m pieces sent in all of 2018.

How They Used Amazon and Microsoft To Realize Opportunity

Harry was working at Microsoft on direct mail campaigns where it took 60-90 days to execute an effective send.

Leore was at Amazon and watched the launch of Amazon’s Simple Email Send (SES). He and Leore wondered why there wasn’t a restful API for physical addresses.

They joined forces, quit their jobs, started building Printbox (now Lob), and joined YC in 2013 after submitting their application:

We Got Our First 100 Customers Focusing On Transactional Mail

In 2013 after Lob graduated from YCombinator, they posted on HackerNews which drew inbound interest from enterprise customers like Oscar Insurance who ended up converting to paid customers.

Harry helped close his old employer, Microsoft as an early customer as well.

The company has done a nice job growing revenues to well north of their current funding, $40m revenue compared to $29m raised.

They fluctuate each month between burning $400,000 or profiting $500,000 but looking at the trailing three month average monthly burn, they have more than 5 years of runway in the bank.

Looking at the company’s E40 metric (rule of 40), its worldclass at E90+ for a company at this scale revenue wise. E40 is a good proxy for public SaaS company health. Today, over 80% of total market value in public SaaS markets is tied up in companies with E40 or higher. Just 20% of market value is represented by weaker companies with E40 or lower.

Revenue per employee is also a good proxy. With 82 employees and $60m+ in revenues, ARR per employee is about $731k, well north of industry average of $189k. Impressive considering the growth of their engineering team:

Outside of headcount expenses, sales and marketing expenses make of bulk of total spend. Here’s how Lob is thinking about customer acquisition.

Paying $13k to get customers who pay $52k in first year

The $13k is being spent at Tradeshows, on SEO optimization, webinars, and customer dinners where they curate thought leaders in the direct mailing space.

The economics are working with payback periods averaging 4-5 months. Customers are sticking as well with 120% net revenue retention across historical cohorts.

How They’re Growing Past Transactional Mail

Today, a large bulk of Lob mail is transactional mail like parking citations, regulatory mail. This was bread and butter for their first 4 years. This cohort only churns 2% gross revenue churn annually.

Compare that to the newly launched Marketing mail push where churn is about 20% gross revenue churn annually.

On both of these cohorts, Lob team is expanding annual plans by 40% year over year leading to net revenue retention of around 120% on a weighted basis across the entire 600 customer base.

We’re Worth $1b+ Today, But Here’s Issue

Leore thinks the company is worth more than $1b if he can tell the story properly.

The issue is volatility in how certain customers are paying. Some customers who pay $.31 per postcard send end up spending 10x on this value based pricing relative to the fixed SaaS fee they pay.

Are you in Acquisition talks with Vista Equity?

When I asked this question (Vista has $14b they’ve got to deploy and seem to like Martech), Leore replied that he doesn’t’ wan’t to be acquired by anyone.

When I pushed him on doing the opposite, buying back 100% of his company from investors who put in early $29m, he replied:

“That’s not a possibility for us because we need more capital, faster. Buying back debt means it’ll take longer than 2024 to IPO.”

His goal is to IPO before he turns 34. Listen yourself and decide if you think he’ll make it:

While we hold our breaths, lets see if he closes that mammoth, $100m round early next year. Think they’re worth $1 Billion?

Meanwhile, this rejected job applicant from July 2016 is eating their words. With $60m+ in revenues, the company is worth way more than $200m today. 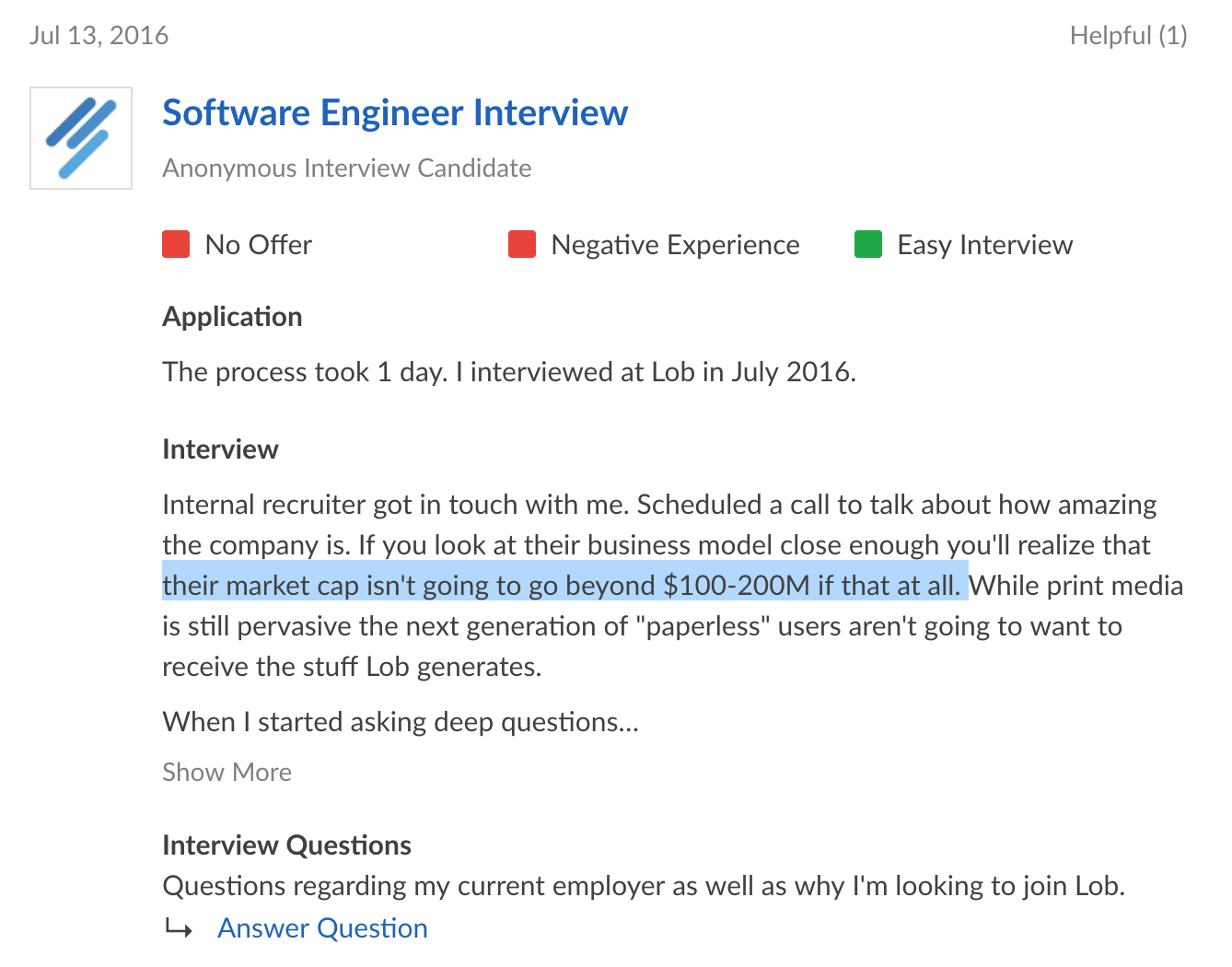 How Near Me, $2M in ARR, Helps Create Peer-to-Peer Marketplaces

Metrics
May 23, 2022
Currently Playing
No Result
View All Result