Can SendBird Triple to $60M Revenue After Covid-19 Crisis?

SendBird CEO John Kim used to be a professional Unreal Tournament player. During our interview, our host Nathan Latka made an educated guess that Kim decided to enter the messaging space after an unsuccessful attempt to message a teammate during a series finale. “Something like that,” the CEO smiled.

On a more serious note, Kim is a serial entrepreneur, and one of his undertakings was an online community for moms, which he was developing in 2013. He was looking for a chat application for the platform, but, much like Jivochat CEO Tim Valichev, failed to connect with any available solutions. “There wasn’t a decent, modern [chat app] we could plug in and play,” SendBird CEO said. 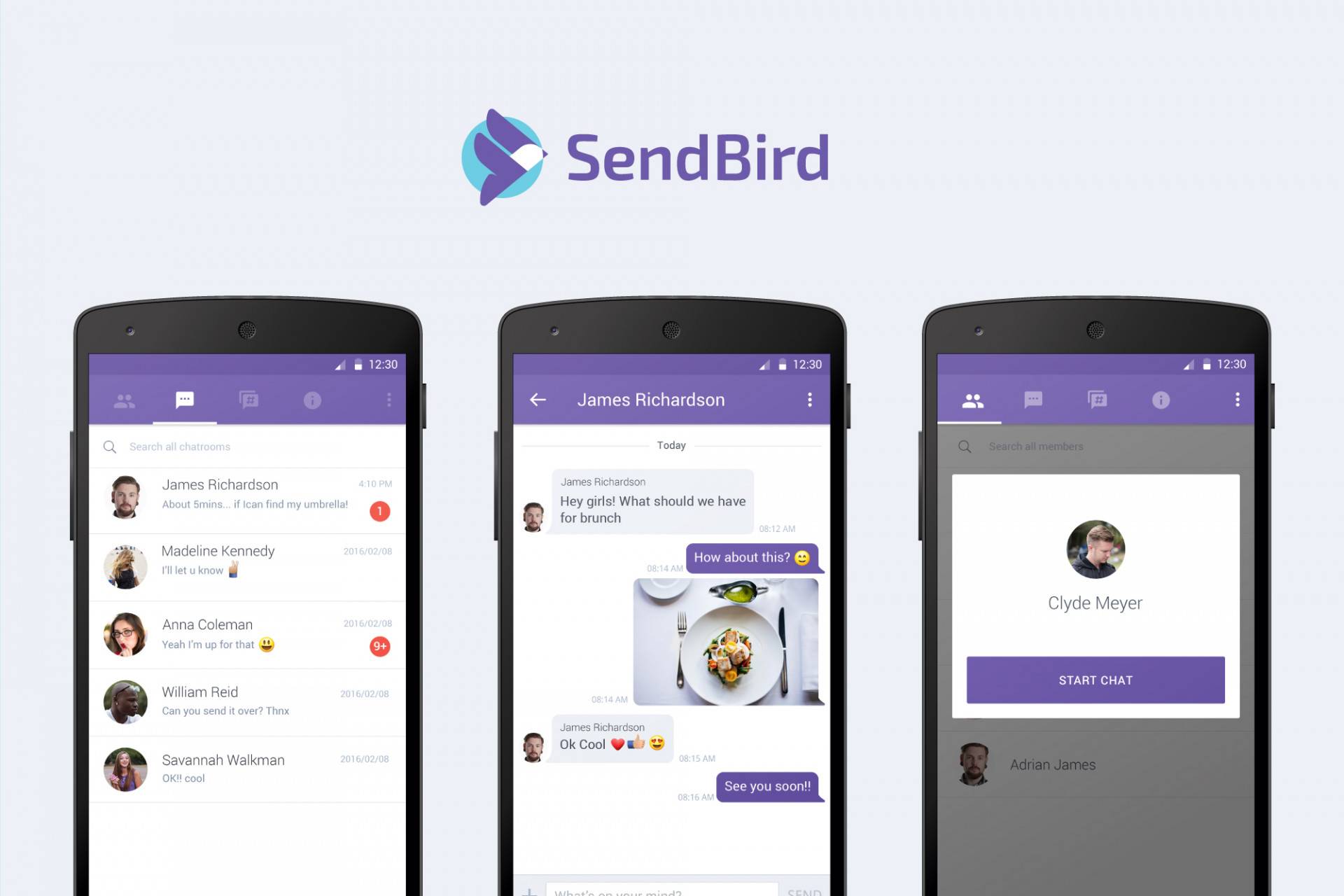 Kim ended up building his own chat feature from ground up, quickly deciding to “sell it on the side.” SendBird started generating cash flow in May 2015. Soon, the chat app revenues overtook the mom community revenues. By late 2015, 20 customers had signed up to the platform. The company decided to pivot towards the messaging app and apply to YCombinator for the second time—following an unsuccessful attempt as the “mom community” startup. This time, the attempt was successful.

Prior to the YC application, SendBird was largely a family-and-friends, word-of-mouth based gig. In January 2016, the app officially opened doors to the entire world.

Unlike Intercom or Jivochat—which are front-end-oriented plug-and-play apps designed for businesses small and large—SendBird is a fully programmable SDK (Software Development Kit) aimed at enterprises with elaborate communication structures and specific needs. “It’s an API for developers,” Kim explains. “We don’t sell to marketers or call centers—we sell to programmers and engineers.”

Another key difference the CEO highlights is that SendBird focuses on user-to-user communication, as opposed to customer-to-CSM. Dating apps, ridesharing networks or marketplaces are typical peer-to-peer communication use cases, Kim explains. Today, over 100 million active users use SendBird each month, with the number of monthly messages processed “in the billions.” 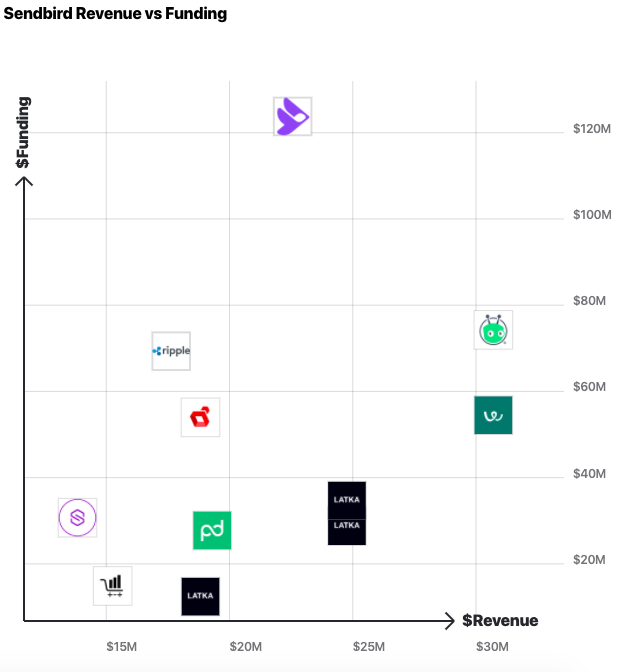 Kim said that SendBird’s average customer lifetime value is “in the tens of thousands per year.” The SaaS upsells their customers on a per-user basis, as well as via additional features, such as HIPAA compliance, dedicated private servers and advanced moderation capabilities. Working with enterprises, Kim says sometimes even the elaborate feature menu isn’t enough to satisfy their needs—in those cases, custom solutions are tailored.

As of March 2020, SendBird has 422 paying customers. Back in 2016, the company relied on SEO and content marketing for new customers. In 2018, Kim started building an internal sales team, which grew to a full fledged department of 20 quota-carrying sales people. SendBird employs about 200 employees, 100 of whom are engineers. 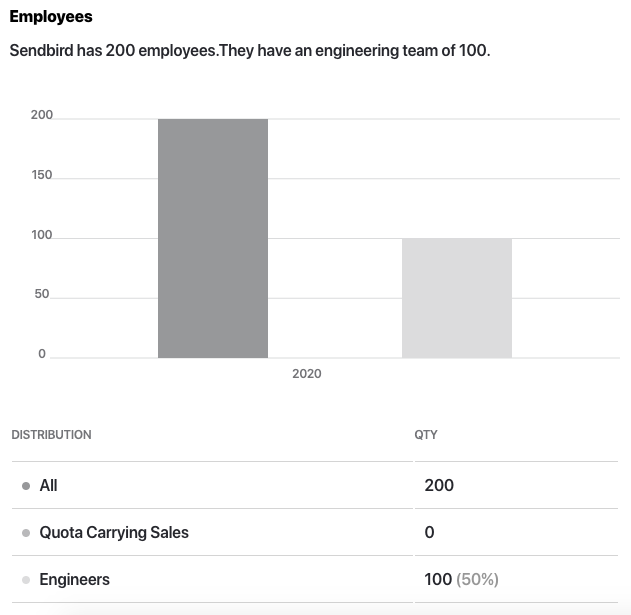 To date, the company has raised “a little over $120 million” via 6 rounds of funding. Most of that money, Kim says, goes to “hiring and retaining good, talented people […] and marketing.”

SendBird’s Series B round, announced in May 2019, was a massive $102 investment into a roughly $20 million revenue company. “We didn’t set out to raise $100 million, we went out to raise $30-$40 [million], and ended up getting a lot of interest from the investment community,” the CEO explains.

While conscious of the coronavirus-induced uncertainty, Kim doesn’t look too worried about SendBird, since they still have most of the cash from their $102 million Series B round. The CEO does understand that their enterprise customers might require an extra sprinkle of flexibility in terms of pricing due to possible value chain disruption.

A mark of a great leader is to be able to spot opportunity during a crisis, and Kim does exactly that. “We are looking at strategic opportunities to potentially acquire companies,” the CEO explains. “For that reason, we might end up raising sooner than later.”

In May 2019, when the Series B was announced, SendBird’s costs were so low the company had virtually “80+ years of runway.” Today, even though the costs have gone up, Kim says the cash in the bank is enough to sustain the company for easily more than 36 months.

When asked about a more elaborate crisis control action course, Kim says SendBird has plenty of real-time information on all parts of the organization: from sales to engineering. “So based on some of these leading indicators we can always move up and scale up, for example, spend a little more on the marketing side or slow down the hiring,” the CEO explains.

The coronavirus-induced market fall makes for a great buyer’s market, and SendBird, with all the cash in the bank, is in an advantageous position. How would Kim approach buying a company without coming across as someone who’s trying to take advantage of the low prices?

The CEO reassures that their shopping process is methodical, devout of emotion. First of all, Kim mostly considers companies who want to be bought—no hostile takeover maneuvers here. The next step is figuring out whether candidate companies want to sell for the right reasons. “Is it out of morale, or do they feel something that’s highly technical they don’t know how to deal with?” SendBird CEO asks. “By the time we sit down at the table, our rationales and motivations are pretty well aligned.”

Is Kim looking for promising talent and tech, or simply a healthy cash flow machine? The CEO answers neutrally: they’re looking to buy companies that have both good numbers and good synergy with SendBird. “But, if you do have a product that’s highly aligned with what we do, like an API-driven model with subscription in the communications space, that would be worthwhile for a conversation as well.”

SendBird Churn in “Top SaaS Cohort,” CEO: $60M This Year Would Be Nice

As mentioned by the CEO, the average customer pays SendBird “tens of thousands” per year, and Kim confirmed SendBird to be north of $20 million in annual recurring revenue. While we don’t know the specifics, the CEO did say SendBird was tripling their revenue for the first few years, and doubling the revenue annually for the last few years. Hitting $50-$60 million in ARR this year, Kim smiles, “would be nice.”

The CEO said SendBird’s key performance metric is the number of users, as opposed to the number of messages sent—to avoid disincentivizing actual usage. “Because we’re an API company, the churn tends to be low,” Kim explains, without giving specific numbers. “Most of the churn we see is from small startups, shutting down their applications or their business.”

For that reason, Kim adds, SendBird’s logo churn tends to be higher than revenue churn. “Dollar churn is pretty healthy, definitely in the top SaaS cohort,” the CEO explains. Kim confirms that the net revenue retention is “definitely higher than 100%.”

The CEO says most of the company’s expansion revenue is due to their customers growing and adding the number of users organically, as opposed to upselling features. “Either they already have an existing user base and they’re rolling out [SendBird] for more of their users, or they simply themselves are growing,” Kim explains. “Happens pretty organically.”

Big crisis spells a big opportunity for SendBird, and Kim will be looking at “lead indicators” to spot opportunities. 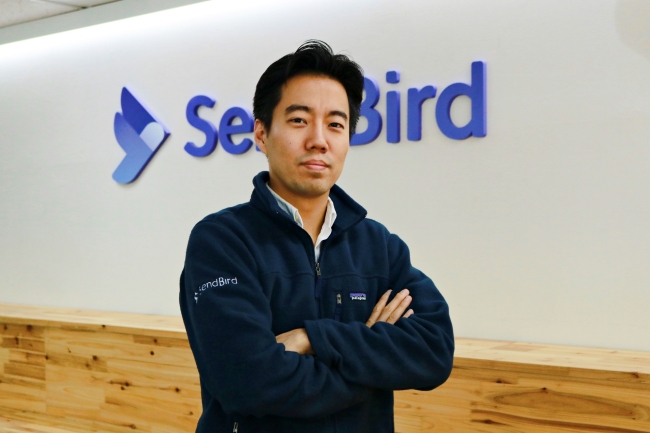 2020: (possible raise to acquire companies due to Covid-19 price fall, most of Series B cash still in the bank)

Why Outleads, $135k in MRR, Can Help You Retarget Better

Uncategorized
May 20, 2020
Currently Playing
No Result
View All Result