by Alezhi
in Uncategorized
4 min read
0

With more industries moving to online platforms, buying, selling, and renting online is now the new norm in many sectors. The automotive industry is no exception.

Established in 2013 and selling its first car in 2014, Shift is one of the most innovative and successful players in the vertical. Shift provides an online portal for buying, selling, trading in, and financing cars.

Founded by George Arison, it gives people a convenient way to find and purchase used vehicles across a wide variety of categories. It also acts as a personal concierge service by delivering used cars between sellers and buyers, including for test runs.

For sellers, they provide instant online quotes and have qualified mechanics for inspecting the state of the vehicle. They’ll also handle the paperwork needed for financing the whole process.

For sellers, Shift uses a cutting-edge algorithm, which draws from numerous data points, to determine the value of the car. This usually turns out to be higher than the value sellers would get from a conventional trade-in and very close to what they’d be able to get by selling a used vehicle themselves.

While this means a smaller margin for Shift, a third of their profits come from additional offers, such as financing, warranty, and other attached products and services.

This differs from most dealers, since sellers generally get a better price, while buyers get to have the car brought to them for a test-run before they decide whether to make a commitment. The added convenience enables them to make a margin averaging 15%.

Despite recession being all but imminent, the industry as a whole still expects that 45 million used cars will be sold in the US in 2020, representing around $750 billion. That compares to around $600 billion in new cars. 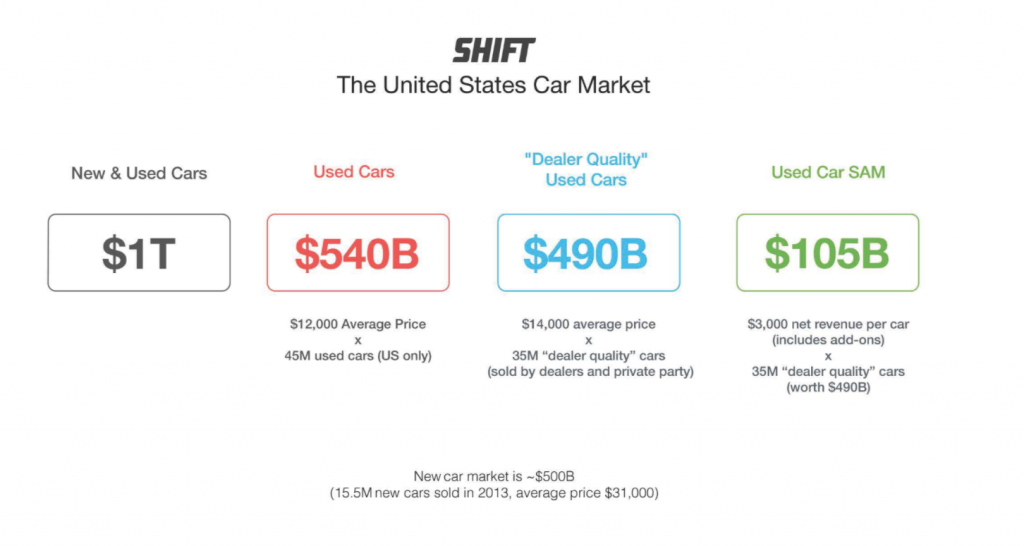 A third of Shift’s revenue comes from loans, which it does in partnership with a dozen banks. It sold around 7,000 loans in 2019. The entire process for applying for a loan is automated, thus reducing administrative costs and increasing profit margins substantially.

Buyers send all relevant information to Shift digitally, and the company will prequalify them for a loan. Buyers can then receive an estimate of monthly repayments and interest rates and customize their orders accordingly.

For Shift, this means a commission of between $200 and $700 depending on the bank. Since around two thirds of buyers choose financing on their purchases, this is a major source of income for Shift – about $15m on top of the $30m they make from car sale margins. 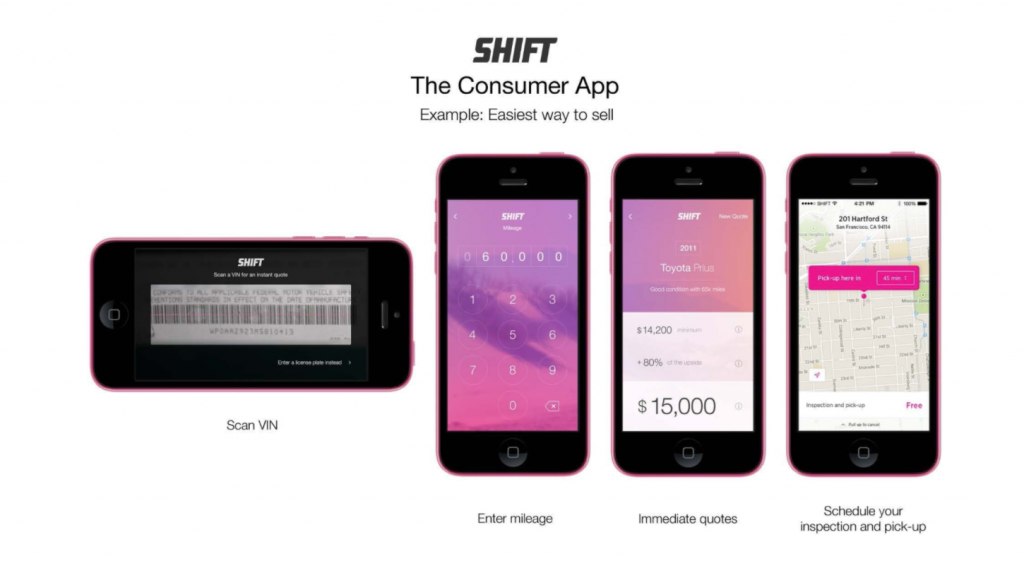 How is Shift dealing with COVID-19 Virus?

Despite the ongoing Corvid-19 pandemic, Shift still expects to see growth this year. With the uncertainty around public health, it’s likely that more people will be avoiding public transport and ridesharing in the months and years to come.

Also, with global recession on the horizon, Shift expects to see a rise in the sale of older used cars with more mileage. At the same time, with the federal government slashing interest rates in light of the economic damage caused by the pandemic, which could make higher-end vehicles purchased with financing options more viable for those who have been able to keep their jobs.

The fact that Shift can deliver cars for people to test drive is another key selling point in a world where fewer people will be willing to come into the dealership in person. 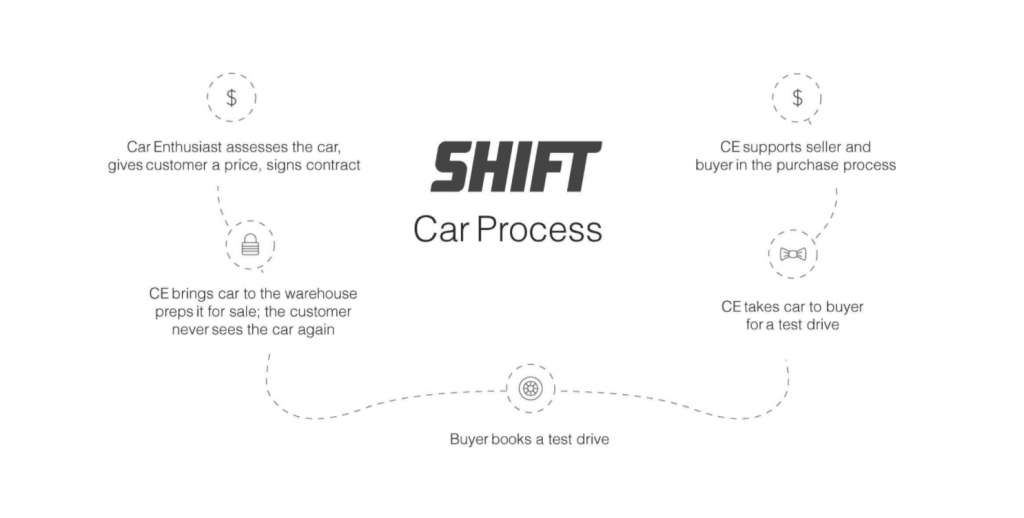 What does the future hold for Shift?

With the coming months looking highly uncertain for the economy at large, many companies, including Shift, are preparing to bunker down and continue to deliver their online services to help their customers weather the storm.

With ample funding at their disposal and $225 million in equity raised, they’re also well positioned to apply for additional funding once the future of the economy becomes clearer. Founder George Arison is also confident that, unlike many startups in recent times, Shift hasn’t been overvalued, thus placing it in a better position to continue its growth. In the longer term, Shift hopes to reach revenues of $250 million, at which point it’ll look closely at the IPO market.

Hours of sleep per night: Six and a half

Advice to 20-year-old self: To study software development