by Alan
in Uncategorized
5 min read
0

A lot of people would say the website heatmaps and behavior analytics market is tightly dominated by HotJar. It seems, though, that SmartLook founder and CEO Petr Janosik found his way through. Our host Nathan Latka had the chance to sit down with the CEO to learn more about his business journey and plans.

The founder says that their differentiating factor is a seamless combination of user session recording and event tracking. But how did they actually convince the first 100 customers to choose SmartLook over HotJar?

To create that initial appeal, Janosik only rolled out the session recording tool, which he offered the early customers for free for 10 months, with no usage constraints.

To actually get those initial customers to try the tool, Janosik used the marketing know-how he accrued from his previous company, a live chat product. The founder assumed that the target audiences of the live chat SaaS and the session recording SaaS overlap, and that the same marketing channels that worked for Smartsupp—the live chat tool—would work for SmartLook.

He was right. The combination of free usage and leveraging old marketing channels netted SmartLook 100,000 free users within the first 10 months. “It was kind of viral, because it was free,” the CEO added.

100,000 users was definitely good enough for David Darmanin, the CEO and founder of HotJar, to call up Janosik and say hi. Darmanin was interested in why Janosik decided to start SmartLook. Our guest told the HotJar CEO he rolled out SmartLook as an internal tool to monitor how users were interacting with Smartsupp.

10 months into the company, the infrastructure costs started raking up, and Janosik decided to monetize their 100,000 user base for the first time. Just to get a single free user signup, SmartLook had to put 3-7 euros into Facebook ads. Multiply that times 100,000, and you’ll see why Janosik felt pressured to start bringing in cash.

Most of the 100,000 free users were “small and churned a lot.” They did, however, provide SmartLook with enough momentum to start generating revenue. In December 2016, Janosik launched a paid version of SmartLook, asking $10-$15 for 100,000 session recordings. By December 2017, the company was bringing in $44,000 in monthly revenue.

SmartLook employs 30 people today, half of whom are engineers. The company has 3 quota-carrying salespeople—the team as a whole is tasked with bringing in $4,000 monthly recurring revenue each month. Janosik says they only started building the sales team in early 2020—the SaaS was a self-service one up until then—and they still have plenty of room to refine the pipeline.

With a background in performance marketing, Janosik was pleasantly surprised by how effective a dedicated sales team can be. “Companies want to talk to us,” the CEO explained.

Upon their launch in 2016, SmartLook had raised $250,000. They haven’t raised a dime since, and have been cash-flow-positive since February 2019. According to the CEO, SmartLook is bringing in $40,000 in profit to their bottom line. A lean, cash-flow positive operation, SmartLook is now looking to invest their extra cash into the team.

“We are still small, we need more people on the team,” Janosik explains. “I think we’ll have 20 new people by the end of the year.” 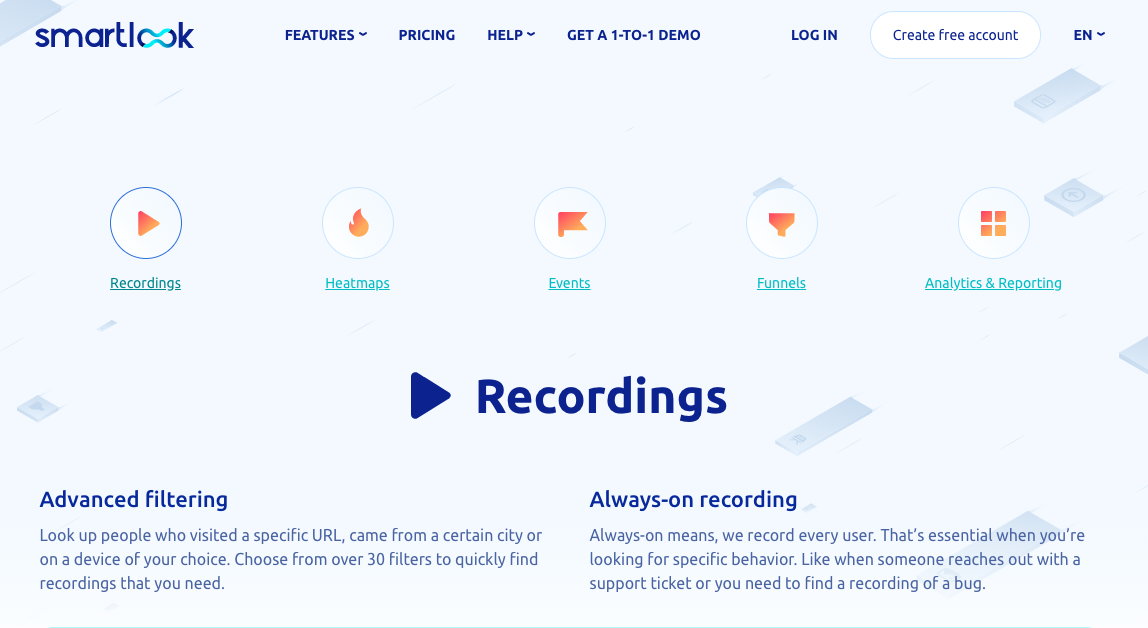 Today SmartLook generates $2 million in annual recurring revenue, compared to $840,000 in 2018. Following a small-business-centric focus at the early stages of the company, Janosik and the team now target larger customers, which enable them to grow at 7-8% every month.

As of February 2020, SmartLook caters to 2,000 customers paying $80 per month on average. The company is about 101-102% in terms of monthly net revenue retention; however, the CEO quickly adds, most of the churn occurs due to the old base of small customers. Today, SmartLook is aggressively “upgrading” their enterprise cohort—for example, Janosik told me that the company tests different enterprise pricing models four times a year.

SmartLook spends about $200 to gain a customer paying $80 per month, so it takes them between 2 and 3 months to get payback for their customer acquisition costs.

Janosik says SmartLook might be looking to raise capital towards the end of 2020. “Right now, we have a lot of money, we need to grow the team and we are preparing ourselves to be ready for investment,” the CEO explains.

The founder adds that as of February 2020, Smartsupp and SmartLook are still under one roof. A part of their prepare-for-investment checklist, the CEO says, is splitting those two products into separate entities. The other product, Smartsupp, is “about the same size” as SmartLook, Janosik nods. In total, the CEO confirms, both products make about $4 million in annual recurring revenue together.

The company that shelters both Smartsupp and SmartLook has around $700,000 in the bank, according to Janosik. The CEO is optimistic about SmartLook’s growth rate, so he does not want to speculate on the optimal investment amount by the end of the year. 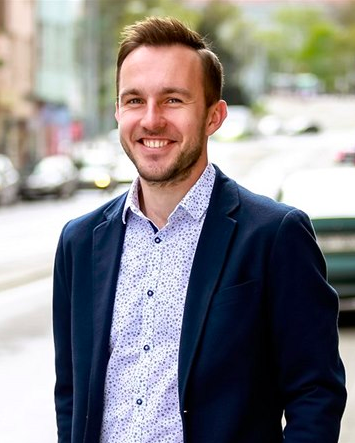 2016: Launched only as a session recording tool (interview

How Mintent Crossed $1M in ARR in British Columbia