Enterprises generate a lot of data.

Particularly with marketing – you have different ad platforms, different databases, and probably even different historical data as people have come and gone from the team and changed the way you do things.

The idea with Supermetrics is to consolidate that – a simple-sounding solution to a problem everybody knows is one of the hardest in data analytics.

Mikael Thuneberg seems to have found a solution, or at least his ten thousand customers think so. He was just on the podcast at the beginning of January and shared his experience and business insights with Latka.

How Supermetrics Came To Be

Mikael Thuneberg was 29 in 2009 and working in Helsinki as a web analyst. His job required a ton of copying and pasting from Google Analytics to Excel, and he was not happy about that.

So, without having written a single line of code before, he applied himself to Visual Basic and wrote a script inside Excel to copy the Google Analytics data he needed. He posted that solution on a Google developer forum, and within a couple of months he was featured on the Google Blog.

That drove traffic to his script, and it ended up as one of the best-rated scripts for Excel online. In 2010, it became a standalone product and then a SaaS product for ease of support. In 2013, he was actually hired by Google to create an add-on for Google Sheets, and that’s when the Supermetrics name became famous.

As more and more people got word of the product, the faster things grew, and the more time it started taking away from Thuneberg’s own life. After five years of running the company himself, he finally began hiring some more staff. 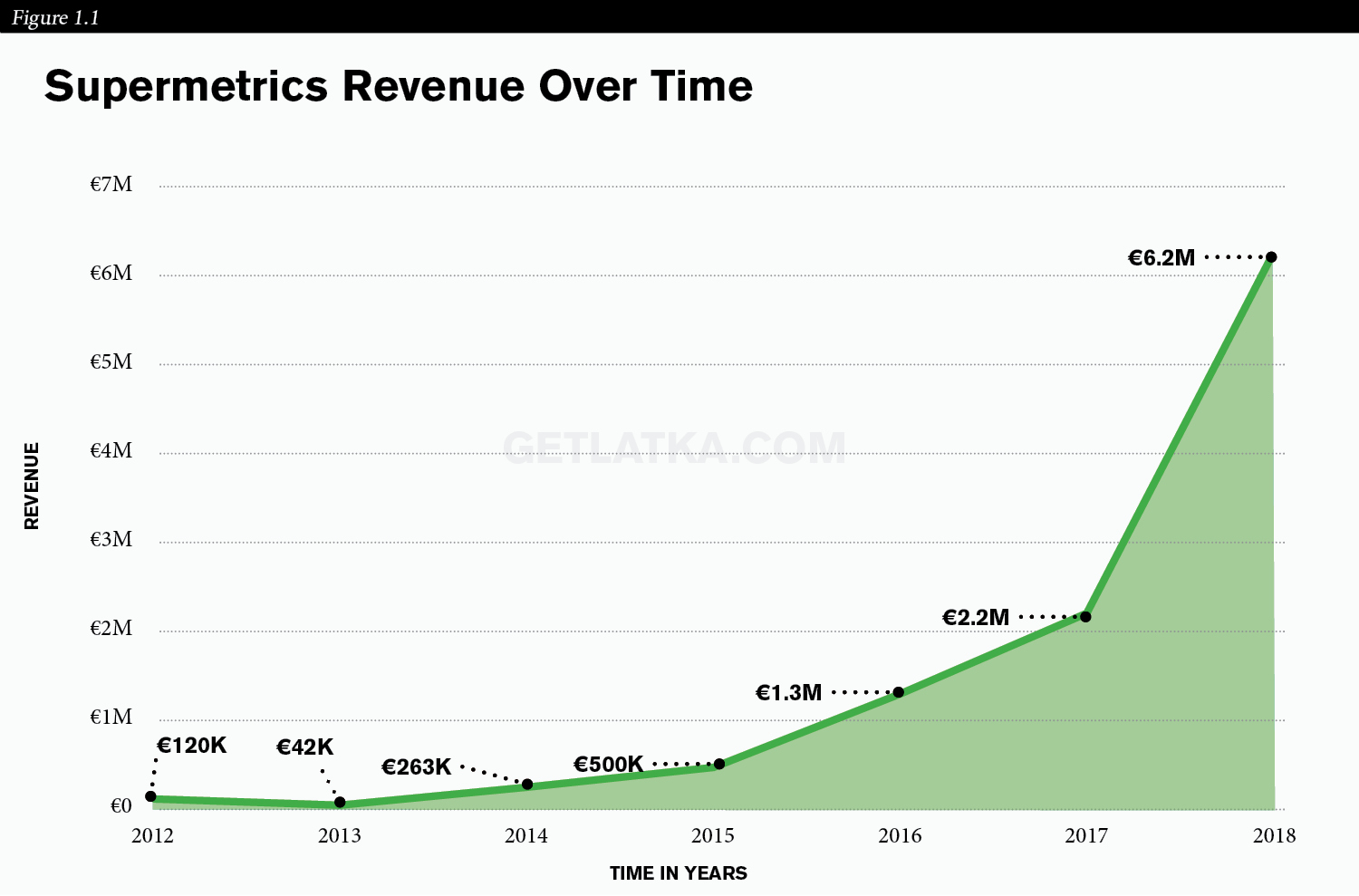 However, that just made things grow faster. Today they have fifty employees in Helsinki, Lithuania, and New York City. Although the development happens in Europe, the United States is the main market and it’s important to keep an office there in order to facilitate face-to-face meetings.

In the last two or three years, Thuneberg’s been looking for more and more engineers and sales agents but been unable to keep hiring fast enough to meet demand. They could be growing even faster if they could just get the right staff!

Thuneberg is a very level-headed guy, and from the start he ran the company to be profitable.

There was no reason, then, to raise capital. All operations were bootstrapped for the first seven years.

But then in 2017, out of a desire to get some of the non-tangible benefits of backing, Supermetrics sought out and received funding from a Finnish firm. It worked out as expected, with access to professional networks and consultants that made an impact on the company. 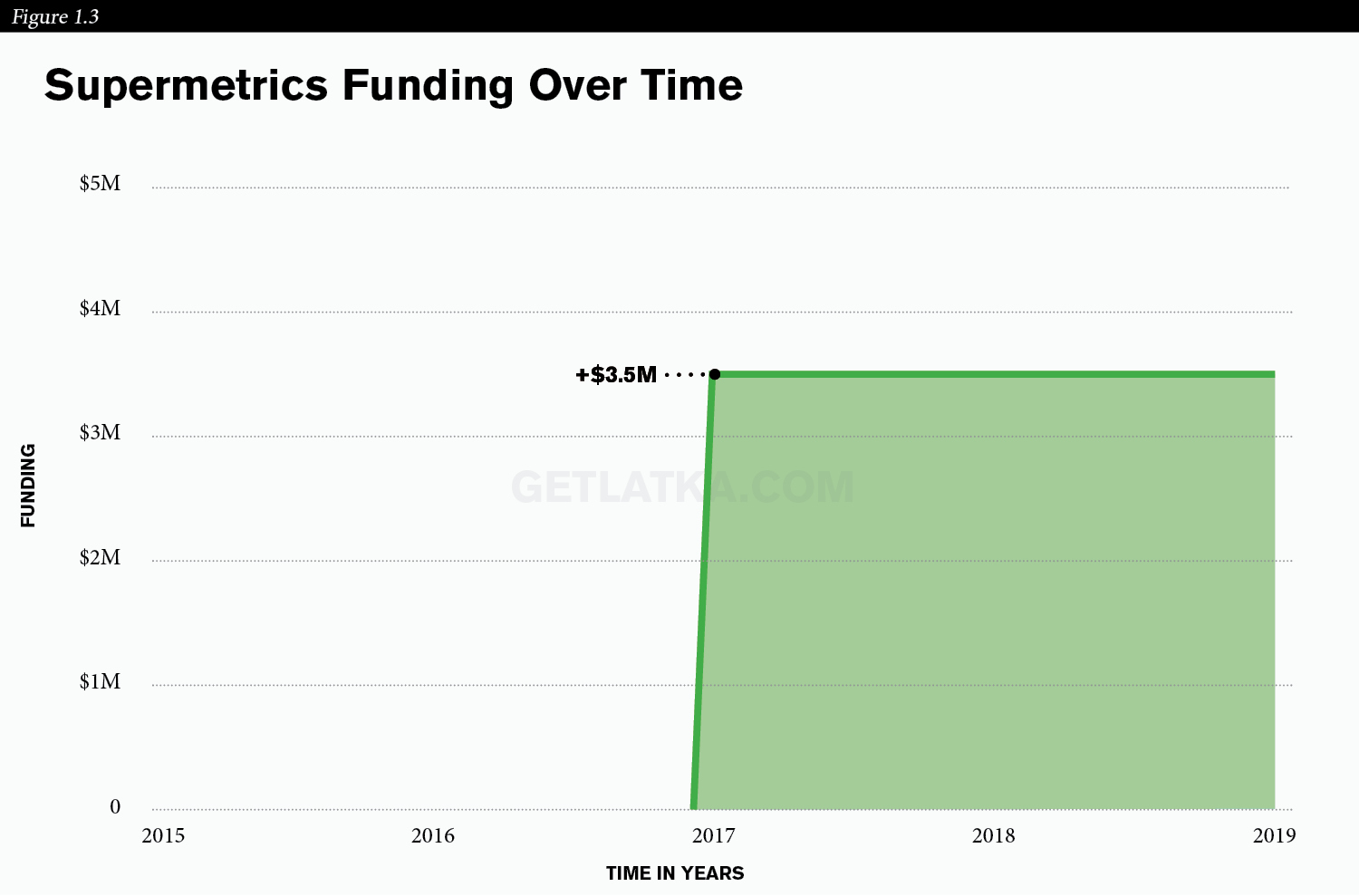 Get this, though – Thuneberg hasn’t touched a cent of that Series A funding round! He’s kept the company very profitable and has simply invested that money into a fund for any later necessary use.

Although they spend $100,000 per month on paid advertising, a lot of the massive growth they’ve been seeing – in the neighborhood of ten thousand inbound leads each month – has been totally organic.

That’s from word-of-mouth, or rather the stellar reputation that Supermetrics had for years as a go-between from Google Analytics API and Microsoft Excel. People wrote books with chapters on Supermetrics and talk about it at conferences.

It’s also from search engine placement and ranking inside the addon galleries for Google Sheets and Google Data Studio. Although Supermetrics sells a standalone product, the free trials of these addons bring in considerable numbers of new clients regularly.

According to Thuneberg, their 2019 goal was to hit a $20m revenue run rate (they did!). A year prior, they were at $10 million and have enjoyed consistent year-over-year growth of more than 100%.

In fact, says Thuneberg, “we’re trying to grow fast enough to not make a profit, but we can’t hire people fast enough.” Right now they have expansion pretty much exactly making up for their 12 or 13 percent churn annually.

They’re also looking into acquisitions. “Obviously, we’re looking for some talent that we don’t have here.”

Supermetrics has always had a good reputation for pulling data from one place and putting it into an easy-to-understand metric in another place. However, as customer numbers continue to grow and client companies continue to look for more data solutions, the amount of data processed regularly begins to become unmanageable.

That’s why an acquisition sounds like the right move, to find another company doing something similar in a slightly different space (focusing on data presentation, perhaps, instead of data collection) and use that talent to streamline their process.

On top of that, they have been slowly adding new products and levels of products for their sales team to work on advertising. A new company might come with a ready-made product that would be perfect for reducing churn by keeping an employer locked in to the Supermetrics system.

Supermetrics is a company spun out of a one-man idea to integrate Google Analytics with Excel.

Today they’re a SaaS platform offering a unified place for marketers to see all of their sales and metrics in one place.

Founder and CEO Mikael Thuneberg projects that the enormous growth of the last five years will only continue, likely leading to acquisitions for their ability to bring in new data pipeline expertise. 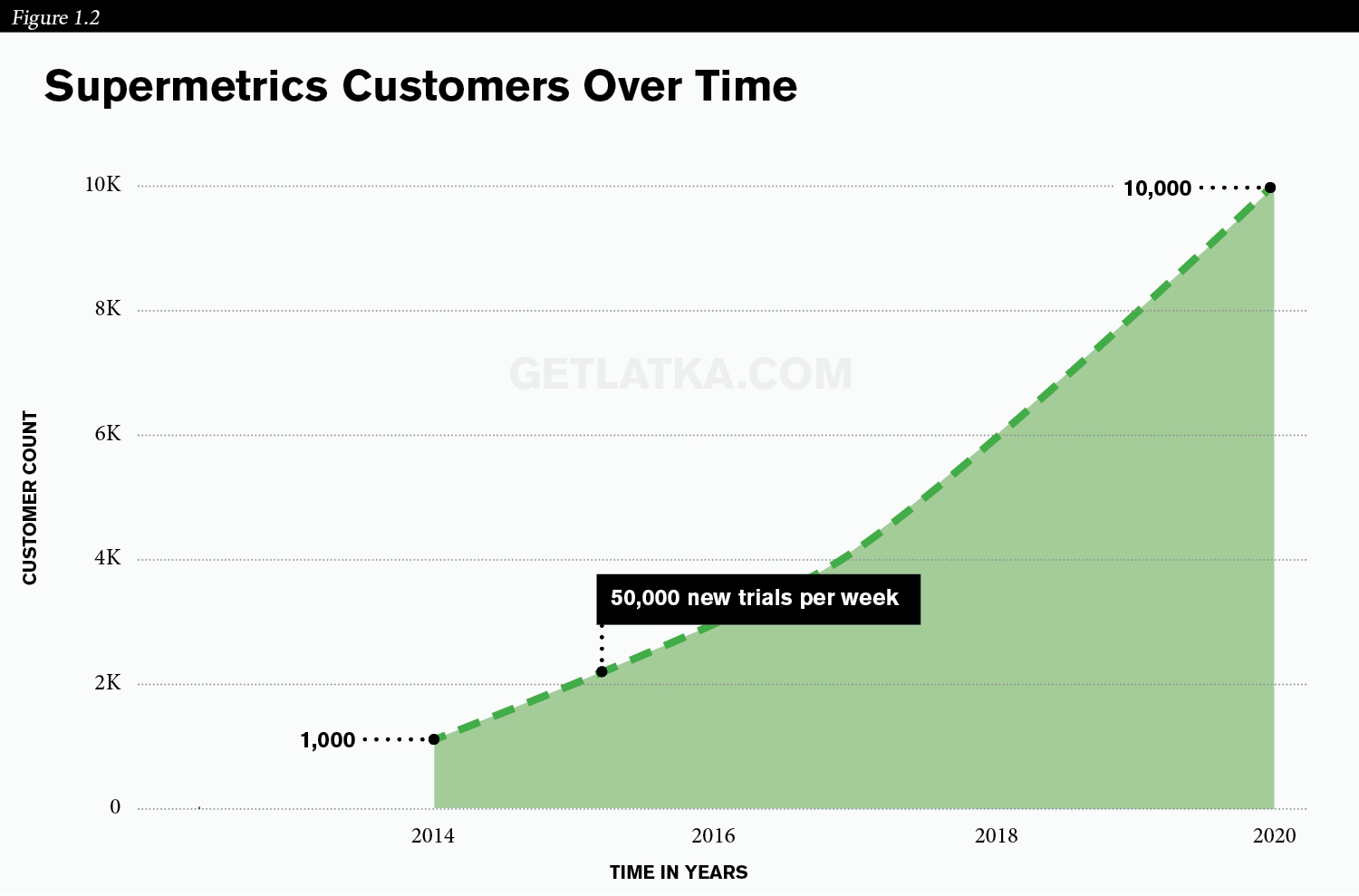 About the CEO Mikael Thuneberg

Advice he would give to himself at age 20: Maybe consider forming the business earlier.

Revenue (figures are in euros)

All information comes from the interview and this source:

How Tars Bootstrapped to $20k in MRR in Two Years

How To Calculate Customer Acquisition Cost CAC in a SaaS Company

How Reveleer Carved Out the Healthcare Niche and Scaled to $10.2m in Revenue

Paperless Pipeline Founder Dane Maxwell Wants You To Quit Your Job and Start A Business, No Matter What