Nathan called Andy back on March 22nd to discuss effects the virus is having on his business and how he plans to use the $100m in new capital:

Andy MacMillan spent over 8 years at SalesForce and Oracle as a product executive. During this time, he realized the critical need to rigorously test minimum viable products. After spending a few years as Chairman and CEO of Act-On, a marketing automation company, he joined UserTesting in 2018 as the Chief Executive Officer. Our host Nathan Latka had the chance to sit down with MacMillan this March to talk about how the company is handling the pandemic.

To those unfamiliar with UserTesting, MacMillan explains it as a “product that helps people understand the experience of their digital product.” The platform gives business owners a view of their product through the customer’s eyes. 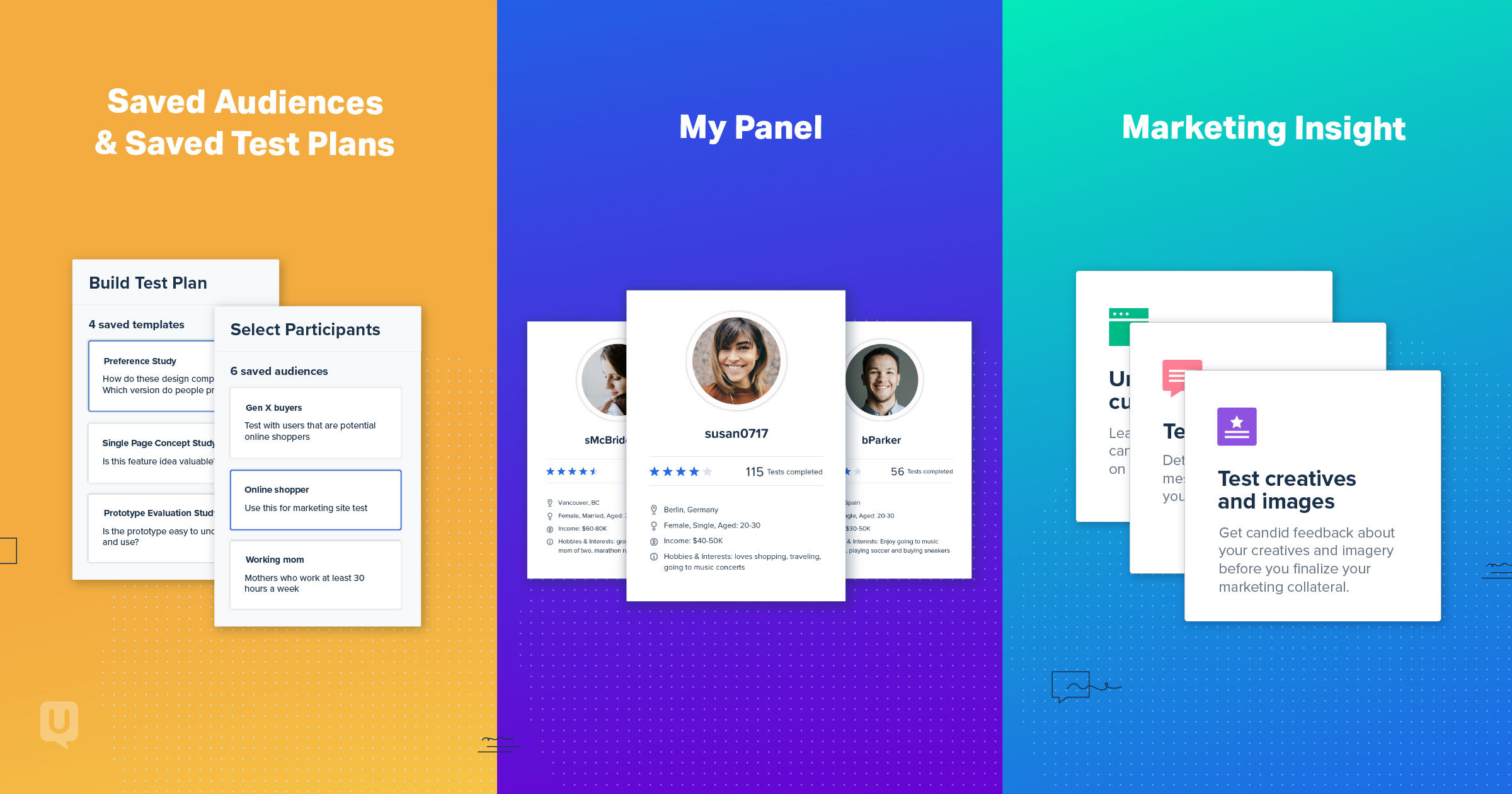 Without an internal perspective, it’s difficult to tell whether Covid-19 helps or hurts the user research and software testing SaaS. Virtually all digital product owners—from hospitals to banks—are potential clients for UserTesting. The challenge, MacMillan says, is to adapt to the situation without coming across as opportunistic. This, ironically, creates demand for UX research: companies who want to market their product in coronavirus days pay UserTesting to see how their offer is going to be received.

As for delays in new bookings or cancellations, there are some, MacMillan says, but the overall market growth and new opportunities more than make up for it.

UserTesting started out back in 2007 as a pay-as-you-go business. Website owners would, for example, pay for a single screen recording of user testing. Some 35,000 people purchased UserTesting’s pay-as-you-go services before the company switched to the subscription based model in 2015. UserTesting has 3,500 paying SaaS subscribers as of March 2020.

Small to medium companies—UserTesting’s original bread-and-butter cohort—will pay the company around $2,000 a year for the privilege. Nowadays UserTesting also supports “some massive research and design teams at some of the largest tech companies in the world.” These companies, MacMillan says, can pay UserTesting over $1 million per year.

The company had raised about $74 million before 2015, and they just closed a healthy $100 million Series F round, backed by Insight Partners. The deal closed after the coronavirus became a pandemic, but before it hit the US. 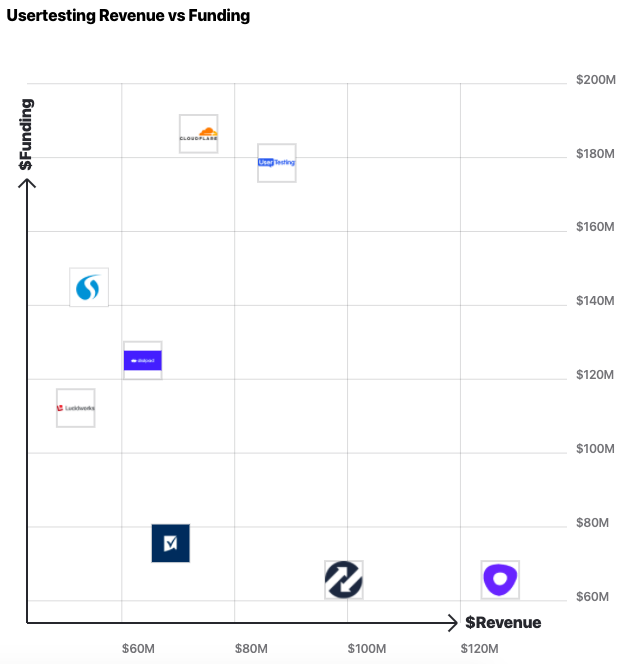 UserTesting employs about 500 people as of March 2020, 80 of whom are engineers. The company has 55 quota-carrying sales representatives, divided into SMB, mid-market, enterprise and global account teams.

Historically, UserTesting grew at about 25% a year. With the increasing focus on customer experience, MacMillan expects to see a 40% revenue increase in 2020 and break the $100 million mark.

The CEO explains the accelerating growth via the fact that companies are increasingly investing into user research departments—core buyers for UserTesting. This, MacMillan says, causes other departments within the company to invest into their own research capacity—like marketing and product development teams. “Where our largest customer a couple of years ago might have had 20 or 30 seats,” the CEO reflects. “We have a customer right now looking to do 10,000 seats with us, because they want everyone in the company who builds or markets or designs the product to have that direct interaction [with the user].” 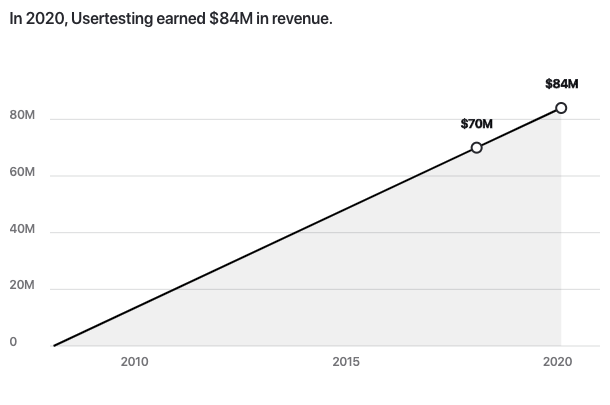 Prior to the Covid-19 pandemic, UserTesting was comfortable burning $1-$2 million per month. With the addition of $100 million to the balance sheet, they’re nowhere near worried for the months to come. They’re not, however, about to “throw people into the field and hope for the best.” The company’s pipeline grew by 70% in 2019, so it makes sense to hire more sales and customer success representatives to deal with those leads.

The calculated, grounded attitude seems to be paying off big time for UserTesting. They’ve already broken the $10 million mark in net new bookings in the Q4 of 2019, and they’re “probably gonna do that again in Q1.”

UserTesting’s gross revenue churn across all cohorts for the last 12 months was about 14%. Net expansion revenue is “a little over 100%,” starting to tick up as more seats are deployed among the maturing customer base.

The company has a Chief Customer Officer, who reports directly to MacMillan and is solely responsible for “making the customer successful.” The CEO emphasizes they “don’t sell anything,” leaving the more direct upsell action to the sales teams.

With $100 million Series F cash in the bank, MacMillan has two options: either buy underpriced businesses in bulk or store the cash for a safe and lengthy burn. UserTesting, the CEO says, is “definitely leaning into growth,” with market signals only growing stronger. Their latest shopping item is Teston, a Norway-based user testing tool. Teston will expand UserTesting’s reach to local markets via added languages.

While MacMillan is open to opportunities, he prefers to scout potential acquisitions himself, instead of reviewing cold offers. Mergers and acquisitions, the CEO says, sounds easy, but is a lot of methodical, hard work. Read: if you haven’t gotten a meeting invitation yet, chances are you won’t achieve much via cold email.

As far as selling UserTesting itself, MacMillan says it won’t happen in any foreseeable future. “We already get those kinds of emails and spend plenty of time with strategic partnerships,” the CEO explains. “I think [investors] are pretty excited about the way we’re growing our business.”

MacMillan is a “huge fan of public markets,” but, given the out-of-the-oven $100 million round, UserTesting has a long road ahead to mature for an IPO. “24 to 36 months before we’ll get serious about that,” the CEO specifies. 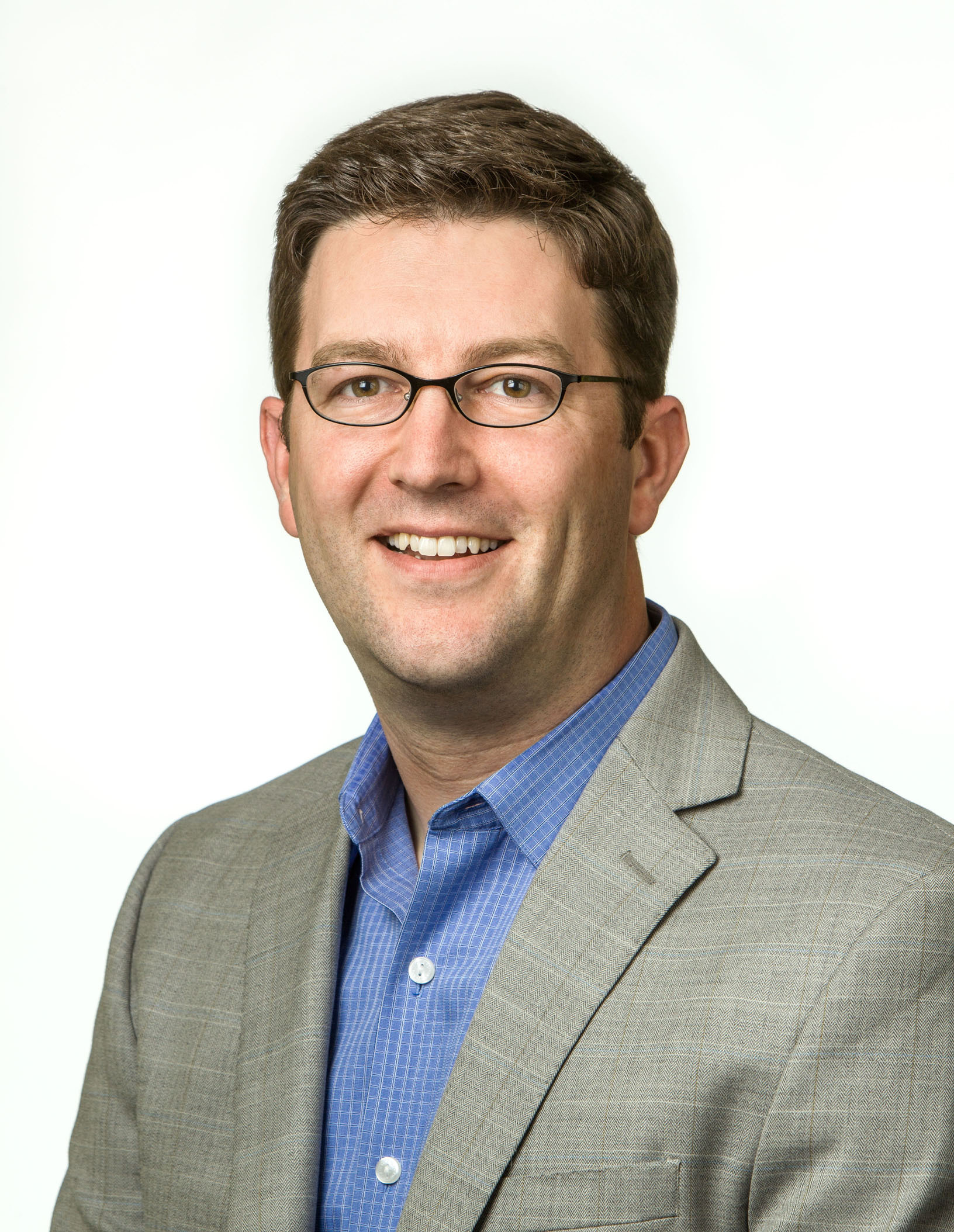