A little over a year ago in February 2018, Xactly CEO Chris Cabrera came on my SaaS CEO podcast and shared that they had 1400 customers, 400 reps per customer on average, and around $150m in revenues.

Yesterday (July 2019), I had the chance to interview Chris again and ask him what it was like being a Vista Equity CEO, how Vista’s $14b new fund is fueling his business, and how he plans to hit $1b in revenues.

Most were still on Excel, was easy conversion to Xactly. These first 100 companies were mostly high tech companies and Xactly was usually their first or second SaaS app they had purchased, ever.

This was early 2005 before SaaS was hot so I wondered how Chris came up with the idea in the first place.

Why’d you launch a Sales Incentive Plan Tool in the first place?

When Chris pushed Callidus to build a cloud offering, the company called it a “fad” and he got fired going into Christmas 2004 with no job. 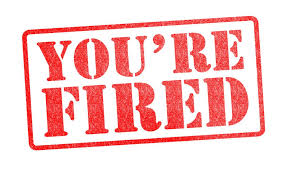 He kept close to his Salesforce contacts who said they still buy a sales compensation automation tool if a cloud based version existed.

Chris built it and signed Salesforce as first customer.

The company scaled quickly without over-fundraising as they eyed a 2015 IPO.

Our Revenue to Funding Ratio was 1:1

Xactly was doing about $61m in revenue when they IPO’d in 2015 up from $47m in 2014. Chris was pretty smart with cash averaging $1.50 in funding dollars to get $1 in new ARR. This ratio gives founders leverage, shows world you’re not over funded, and leads to stronger IPO.

4 years after their IPO and 18 months after going private again, today Xactly has over 1600 customers paying for their sales team compensation automation system.

Almost all of the last 20 CEO’s I’ve interviewed with more than $50m in ARR have discussed incentivizing their customer success teams driving expansion revenue and activation metrics like a sales person: with base and commissions.

Since Xactly automates so many sales teams, I figured I’d ask Chris what trends he’s seeing in this space as SaaS market matures.

Should Customer Success Reps Be Paid Commissions on Expansion Revenue?

“Customer service people not responsible for renewals are being paid out bonuses, but not straight line commissions with multipliers, kickers, and presidents club sort of incentives”, said Chris.

For team members driving activation metrics many companies considering incentivizing these folks with commissions but its not a standard yet. Only the most progressive SaaS companies are experimenting with this because they understand the importance of driving usage as a means to increase contract sizes, keep churn low, and drive net revenue retention up towards 140%+ annually.

Most companies are not doing this because they are hamstrung on excel based systems so it’s hard to come up with complex incentive structures and dangling carrots.

Xactly is addressing this by helping companies uncover and launch incentive structures across entire teams including reception desk employees.

It seems to be working. In 2017 Vista saw an opportunity to take Xactly private and jumped.

What was the first change you made after Vista took you private in $540m deal?

We had offices all over the place and wanted to create a center of excellence in Denver which only had 75 people at the time.

“Today, 350 people are in Denver office, on the way to 500. We’ve consolidated hiring into this area and its helped with culture, economics related to office space”, said Chris.

Another change we made where we have to credit Vista is called the Rule of X. We used to sign 3 year deals where there were no increases annually.

After Vista came in, we decided to go for 5-7 year deals where we actually built increase into the contract. For example 10% increase year over year from $100k to $110k to $122k and so on.

This is similar to how a real estate investor might build accelerators into leases with tenants each year.

This change is helping drive growth along with the financial resources of Vista Equity which closed a $14b new fund in June this year.

How Xactly Is Using Dry Powder From Vista Equity For Acquisitions

Vista said “Go acquire those companies and we’ll support you.”

They company now has 1600 customers and ACV’s are expanding at about 20% yoy across the customer base. This means a company paying $100k last year, will move to $120k in next year renewal.

18% of new ARR bookings coming from new product acquisitions being cross sold across base.

This growth is being driven by aggressive acquisition plans.

“Over the past 15 months we’ve made 3 acquisitions,” Chris said as he smiled.

These acquisitions have helped the company drive average year one contract sizes up. Last month, in June 2019, they closed their largest deal size in history as a result of this expanded product offering.

With their private equity backer, Vista Equity, having $14b in dry powder to play with, rest assured if Chris wants to dial up more acquisitions over the next 15 months, he has the firepower to do it.

While we wait, if you want to dive deeper into Chris’s story, go read his book “Game the Plan” or watch my interview with him this week:

After Breaking $10 Million in ARR, Cylynt Pivots Strategy from Sales to Customer Success