If you’ve ever ordered pizza from Domino’s and then carefully tracked its delivery via mobile notifications, you’ve been touched by Braze.

I’d heard rumours that an IPO may be in the works so I wanted to get Braze CEO and Co-Founder Bill Magnuson on my SaaS CEO podcast to discuss.

He continues, “given our growth rate we feel good about hitting a $100m revenue run rate by the end of 2019.”

Today the company has 300 employees meaning revenue per employee is about $200k ($60m ARR/300 employees), just north of public company comps for B2B SaaS of about $189k.

How Braze Got First 10 Customers and $170m Raised

After founder Mark Ghermezian raised $1m in 2011, he brought on two technical cofounders Bill Magnuson and Jon Hyman who won top prize that same year at a TechCrunch disrupt Hackathon for Gilt-ii.

While other products might use product hunt, reddit, or hackernews to launch, much of Braze’s early exposure came from TechCrunch coverage with 6 feature articles being written in Braze’s first 3 years of life.

In a market where the company who can pay the most to get the customer usually wins that customer, CAC (Customer acquisition cost) becomes an interesting indicator.

While Braze spends different amounts on different cohorts, Maguson says he’s happy with a 16-24 month payback period in their enterprise cohorts where Braze is deployed across many channels inside the brand.

On digital first brands which are more fickle (many go out of business), they aim for slightly better than a 16 month payback period.

Today, Braze is not built to be a b2b scale platform (think Outreach.io) and instead sells mainly into B2C companies like Dominos, iHeartmedia.

Once Braze Gets a Customer, Here’s How They Drive 30% Expansion Revenue

With 600 enterprise customers paying more than $100k on average, upseling becomes a critical driver of growth as companies push towards $100m in ARR.

Braze is driving about 40% of its total new ARR bookings from upsell revenue.

The company has 5% gross annual churn which is more than made up for with 35% revenue expansion on that same cohort.

These customers tend to start on a specific Braze product, or specific channel. Some clients have large web userbase some have a large mobile userbase and others are things like digital setup boxes across media clients like Apple TV.

Some customer cohorts have grown 10-20x where they started out on one channel, then expanded across multiple channels, multiple feature sets. 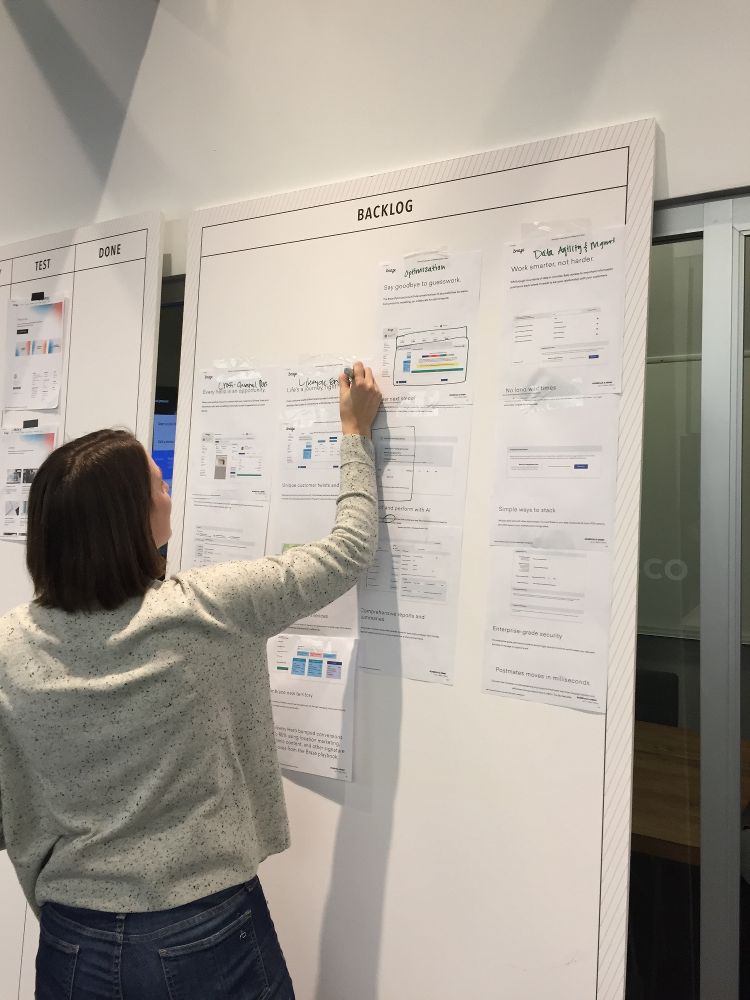 Net revenue retention annually is 130%, top 5% percentile based off the 2000 SaaS companies I have data on.

Are You About to File to IPO?

Magnuson casually mentioned during the interview that they are “looking at S1’s of recent IPO’s to make sure CAC stays in line,” they’re matching these companies.

Most companies at this stage are raising for 16-24 months of runway. Assuming they only raised for 16 months of runway, that’d put burn at about $5m per month ($80million raise/16 months).

Expect something to happen about 10-12 months from that last raise. If nothing happens, I’ll have Magnuson back on to see what’s going on. It’ll either be a warning sign like they couldn’t drive ARR growth and couldn’t line up a healthy next round of capital, or economics not strong enough for IPO.

On the flipside, it could be a signal that Braze is now profitable and don’t need to do anything. With early investors putting up capital almost a decade ago, some liquidation pressure has to be mounting.

Regardless when you look at burn and growth at this stage of a SaaS company, you can to see whats called an “E40” greater than 40.

80% of total market value of public SaaS companies is tied up in companies with E40 or higher. Here’s a plot of other $10m+ SaaS companies and their E40 values which adds 2018 Free Cash Flow margin and 2018 Revenue Growth Rate. 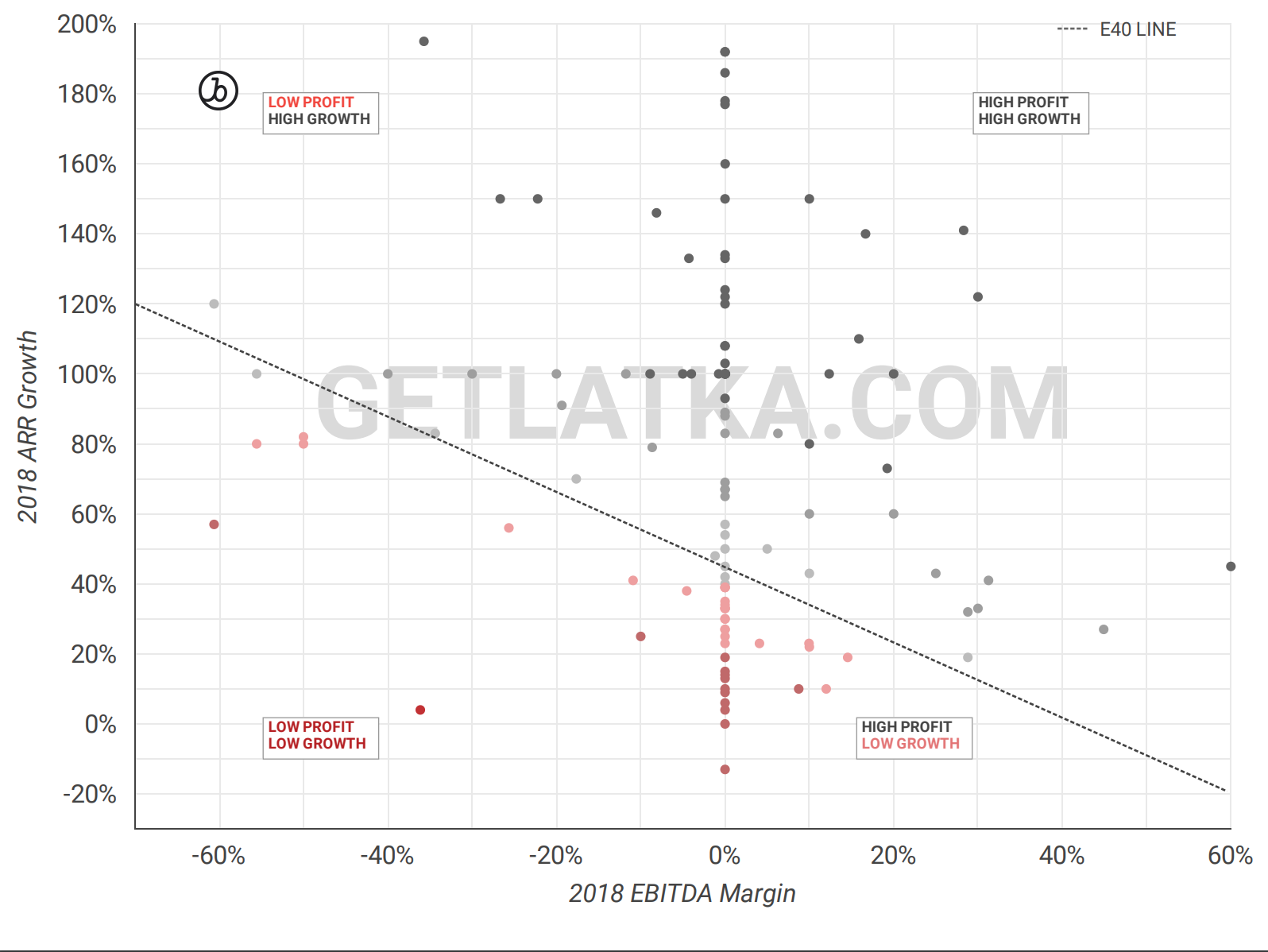 Whether its a $120m+ secondary, or an IPO, both allow early investors and employees who went all in with stock options/equity to take some money off the table.

How Greenhouse’s Approach May Take Them to Unicorn Status