The company’s co-founder, Sid Sijbrandij (who is a self-taught ruby on rails developer), launched GitLab in 2011 with Dmitriy Zaporozhets. Since then, the company has expanded rapidly and now has millions of users, 10,000 paying customers, and 900 team members.

Nathan Latka sat down with Sijbrandij to talk about GitLab’s recent $2.75b valuation, and its plans for an IPO next year.

Last time we talked to GitLab in October 2018, the company had 5,000 customers who were worth roughly $108k throughout their lifetime.

Since then, the customer base has doubled to 10,000 paying customers who are worth an average of $120k each. Here’s the kicker, GitLab’s customers stick around.

Gitlab only churns 10% of customer revenue each year while expanding that same historical customer base by 60% for net revenue retention of 150%. 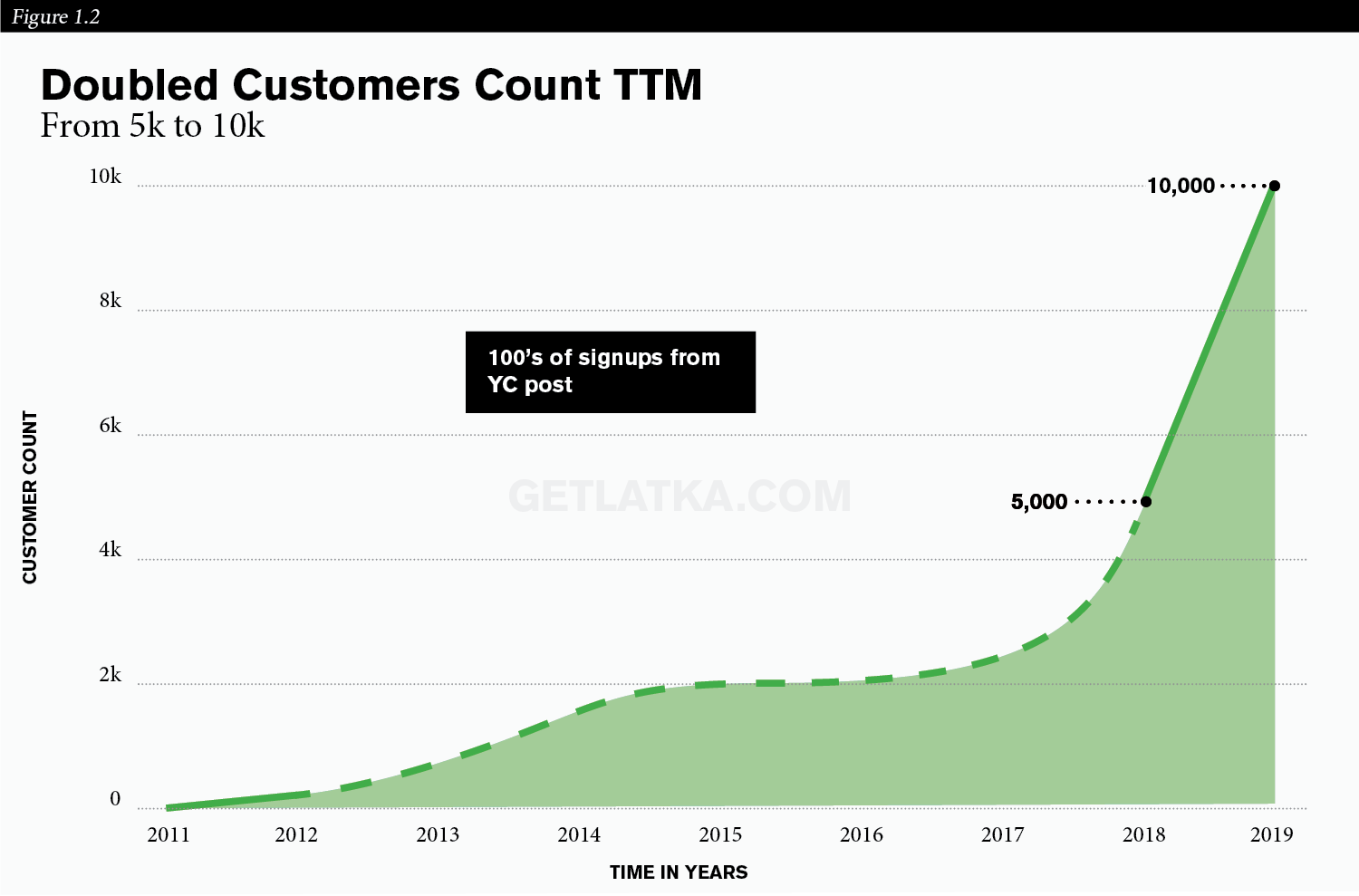 $268m raised in last funding round

Last month, GitLab secured Series E funding of $268m. 13 investors were involved in the round, including the likes of Goldman Sachs and ICONIQ Capital.

To raise the capital for the E Series, GitLab sold off just north of 10% of the company. Yet Sijbrandij says the investment was needed to make sure each part of GitLab reaches maturity.

“We want to have the best version control, the best continuous integration (CI) on the planet. We want to make sure that deploying, monitoring, and securing applications… that those parts of GitLab are best in class.”

GitLab hasn’t been shy about its IPO hopes after $2.75b valuation

It’s no secret that GitLab has been planning an IPO for some time, and its recent $2.75b valuation at a 20x+revenue multiple has officially earned them their unicorn label.

The company even has a section on its website that outlines a 3-year cadence strategy. Front and centre is GitLab’s IPO goal date: Wednesday, November 18, 2020.

It’s realistic, and there’s definitely a hunger in the market for companies like GitLab.

Last year, Microsoft dished out $7.5b to acquire GitHub, a similar company in the DevOps environment. However, Sijbrandij says the latest funding round has given the company flexibility with its future options. He says those options now vary between opting for IPO or a direct listing.

Despite all this, there are no talks of acquisition. Sijbrandij says GitLab has always been upfront about keeping the company independent.

“We keep investing in the future in order to not get bought,” he says.

“We’ve been very clear with our investors what our intentions were from the start. We’re doing everything we can to stay independent.”

After Series D funding, employees were offered the chance to sell their shares

After their Series D funding of $100M, GitLab ran its first private share liquidation for employees and ex-employees.

How did they do it? 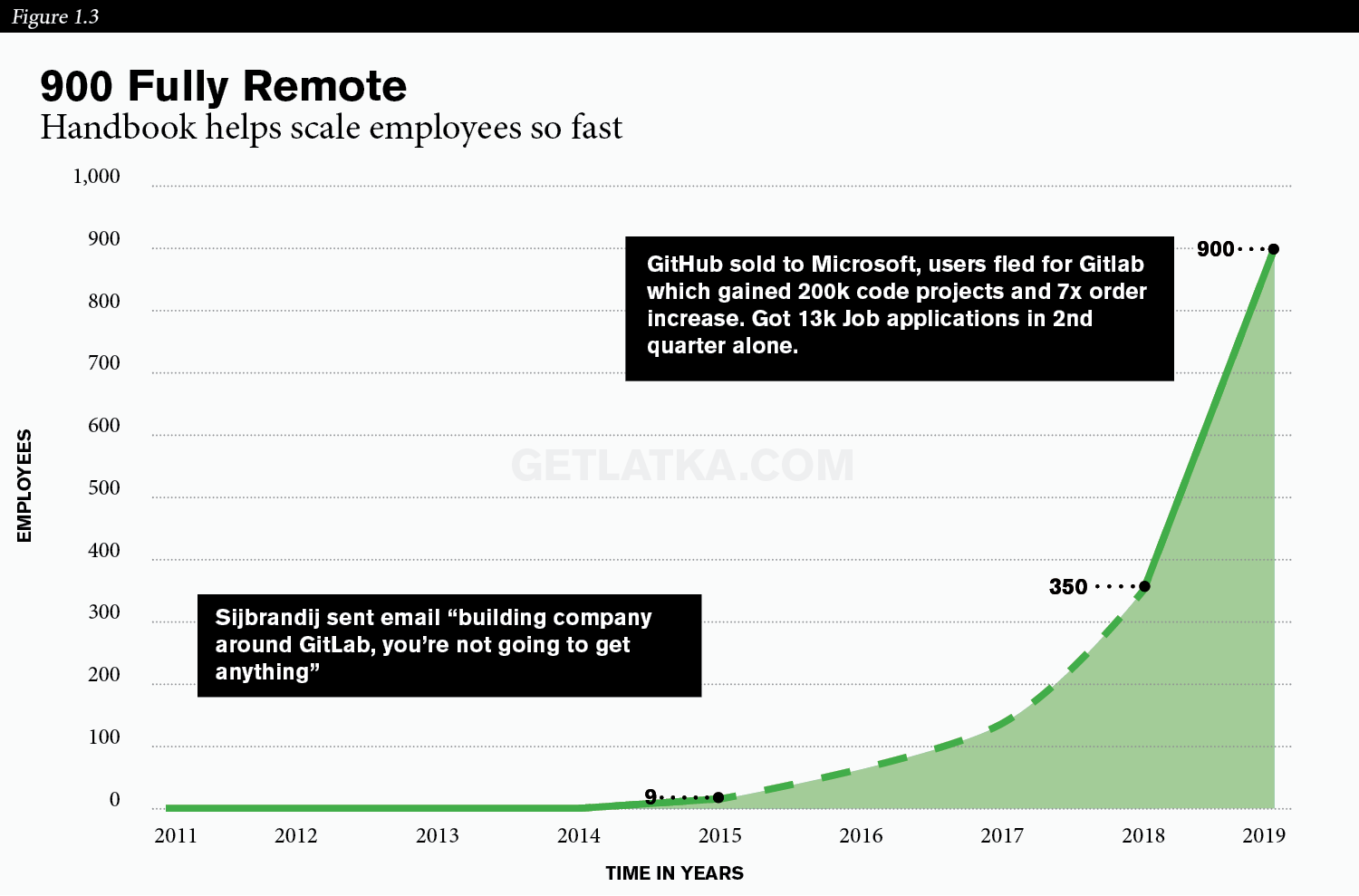 Sijbrandij says each shareholder was given a share price which matched the preferred price of the funding round. Folks, this is rare. Latka has talked to a ton of founders who struggle when they decide to offer liquidation to employees. They get stuck on how to value their shares, and how much their employees should be allowed to liquidate.

Sijbrandij says it all came down to what the market wanted. At the end of the day, there was more demand then there was supply. To facilitate the process, GitLab used the NASDAQ private market, and each employee (and ex-employee) could sell up to 20% of their shares. 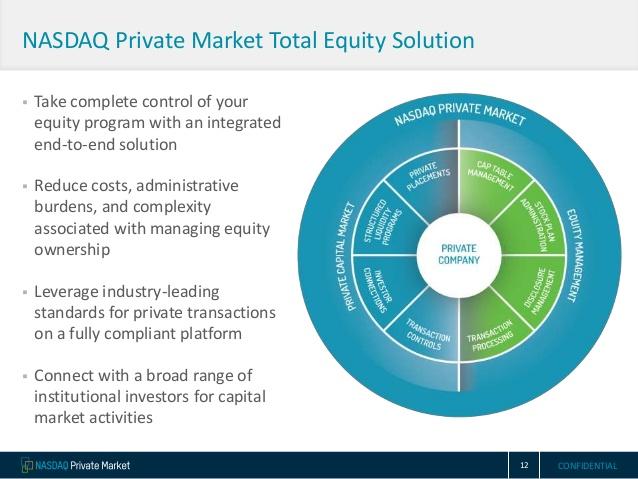 Sijbrandij says using NASDAQ to facilitate the process was a great experience. Once an employee (or ex-employee) put a portion of their shares up for sale, a registered investor then had the option to buy them in a private transaction.

GitLab plans to offer up another liquidity event to shareholders now that its latest funding round has wrapped up.

Enterprise market makes up for 72% of GitLab’s annual revenue

And as the company grows, their enterprise customers are spending more and more. One of the major changes for the company has been an increase in their larger deal sizes. Sijbrandi says over the last three years, their largest deals have gone from $10k to more than $1 million.

However, GitLab’s customer positioning is unique. They target everyone from solo developers to SMBs to enterprise customers. Nobody is off-limits.

“What most companies do is they stop selling to the smaller companies,” Sijbrandi says.

Although this does affect GitLab’s ARPU figures, Sijbrandi says it’s not a metric the company watches. What’s more important to him is focusing on incremental ACV. Today, the average customer pays $22,000 per year. 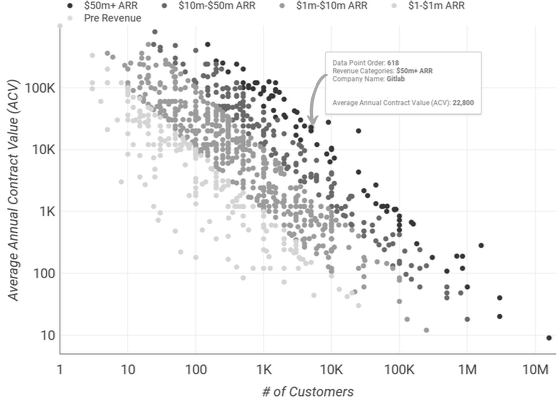 And with GitLab’s annual revenue is sitting at $120m, Sijbrandi says it’s possible to crack the $200m mark by next year.

GitLab is holding an almost unbelievable net dollar retention figure that is more than 150%.

Sijbrandi says this is down to a mixture of the sheer usefulness of their product, and in-house adoption of the tool once a company realizes how much value it can add. He says two-thirds of their net expansion figure is driven by higher seat counts that are added after a company integrates with the product.

“For example, Goldman Sachs is a customer,” he says.

Spark Capital’s Alex Clayton says that net dollar retention is a key indicator of a company’s chances at IPO.

“For private investors, net dollar retention is one of the most important factors when evaluating a SaaS company,” he says.

“A SaaS company could be growing ARR (annual recurring revenue) over 100% each year, but if their annualized net dollar retention is less than 75%, there is likely a problem with the underlying business.”

To hammer home how important this metric is, here are some figures from recent IPOs who share their data publicly. 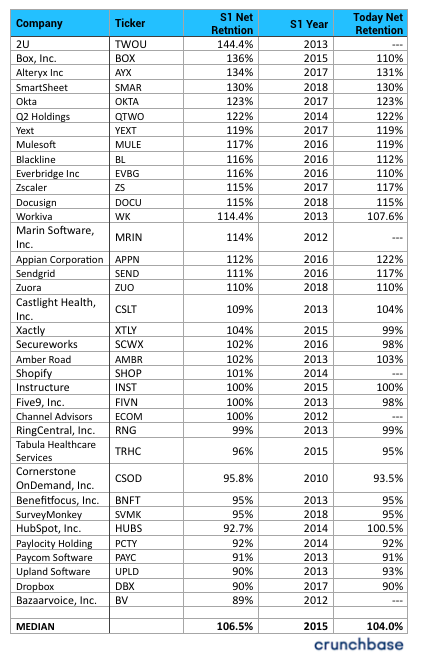 Of the 36 recent IPOs, none of their net dollar retention rates come close to GitLab apart from 2U. We find it hard to believe that there’s a healthier-looking company than GitLab out there heading for an IPO right now.

What’s next for GitLab? $50 Million in Development Costs.

GitLab’s moves in their funding rounds have meant the ball is in their court. They can now choose to IPO next year as planned, or opt for a direct listing.

One thing we can be sure about is this: GitLab is not looking for an acquisition. They’re super focused on making their product the best DevOps platform on the market (hence the recent funding round).

Plus, Sijbrandi admitted $50m of GitLab’s cash is being spent this fiscal year on development costs like product functionality to fuel growth.

Watch over the next 12-24 months to see if the extra spend on product development enables GitLab to continue onboarding customers at a rapid rate, all while holding healthy 150% net revenue retention type economics.

If they can do that, expect a very successful IPO in November 2020.