You might want to grab some popcorn watching the Rippling vs. Gusto billboard battle for dominance in the HR software space. In the ad, Rippling boldly targets growing companies, asking whether they “outgrew Gusto” already. Today we’ve had the chance to sit down with Prasanna Sankar, Rippling’s CTO and co-founder, whom our host Nathan Latka had the chance to interview.

From a young age, Sankar had a passion for coding, which he wasn’t afraid to use in a competitive setting. In college, he was ranked #1 in India by TopCoder, a major crowdsourcing company for designers, developers, data scientists, and competitive programmers. The coding prodigy also made it to the final stages of Google Code Jam and ACM ICPC—global programming contests—twice.

Sankar left a respectable Director of Engineering position at Zenefits—a now-competing tool—immediately after his future co-founder, then CEO of Zenefits, Parker Conrad, did. “When Parker was fired from Zenefits, I wrote him an email saying ‘hey dude, I know you’re gonna start a company and I want to join you,’” Sankar recalls. “And Parker was, like, ‘no no, I’m done.’”

It took a month for Conrad to put the defeatist attitude behind and launch the company. That’s when Sankar joined in. Four years and $65 million in funding later, Parker Conrad is still an active CEO and Prasanna Sankar is an active CTO at Rippling.

It took Rippling 18 months to bring home their first dollar of revenue. The duo spent a hefty $10 million to build the minimum viable product. While these numbers definitely break at least a few rules in the lean-book, Sankar defends the decision by highlighting the massive scope of building an all-in-one HR platform, even an MVP one.

Indeed, the current version of the app takes on ambitious HR tasks:

Ambitious these tasks may be, but growing to almost $17 million in annual recurring revenue in four years isn’t a trivial achievement, so the over-investment into the MVP may have been a genius move. After all, years at Zenefits showed Conrad exactly which client needs were neglected, and how they were neglected.

The MVP-meets-market moment often leaves founders surprised about how users actually use their platform, and which features they prioritize. In Sankar’s experience, Rippling developed surprisingly as planned. “This was the clearest roadmap we’d ever gotten,” the CTO smiles. “We had some surprises. We thought we could get away without building the health insurance part. But the competition was so intense, we had to build it.”

On day 1, Conrad put half-a-million dollars of his own cash into the company. Over the next 9 months, Rippling raised “around $10 million,” according to Sankar. As of February 20, 2020, the company has raised $65 million. It’s definitely not the conservative route the founders are taking, and I love how transparent Sankar was on this part. “It’s a $100 billion or bust [type of company],” the CTO laughs.

Sankar doesn’t seem to lose a lot of sleep over their high-risk-high-reward approach. Hiring the best people and staying laser-focused on scaling everything you can scale, the CTO says, are key elements to walking the “$100 billion” road. Not taking VC dilution into account, the founders split the equity 60 to 40. Given the ambitious goals, Sankar seems to be happy about his lower stake at the company. 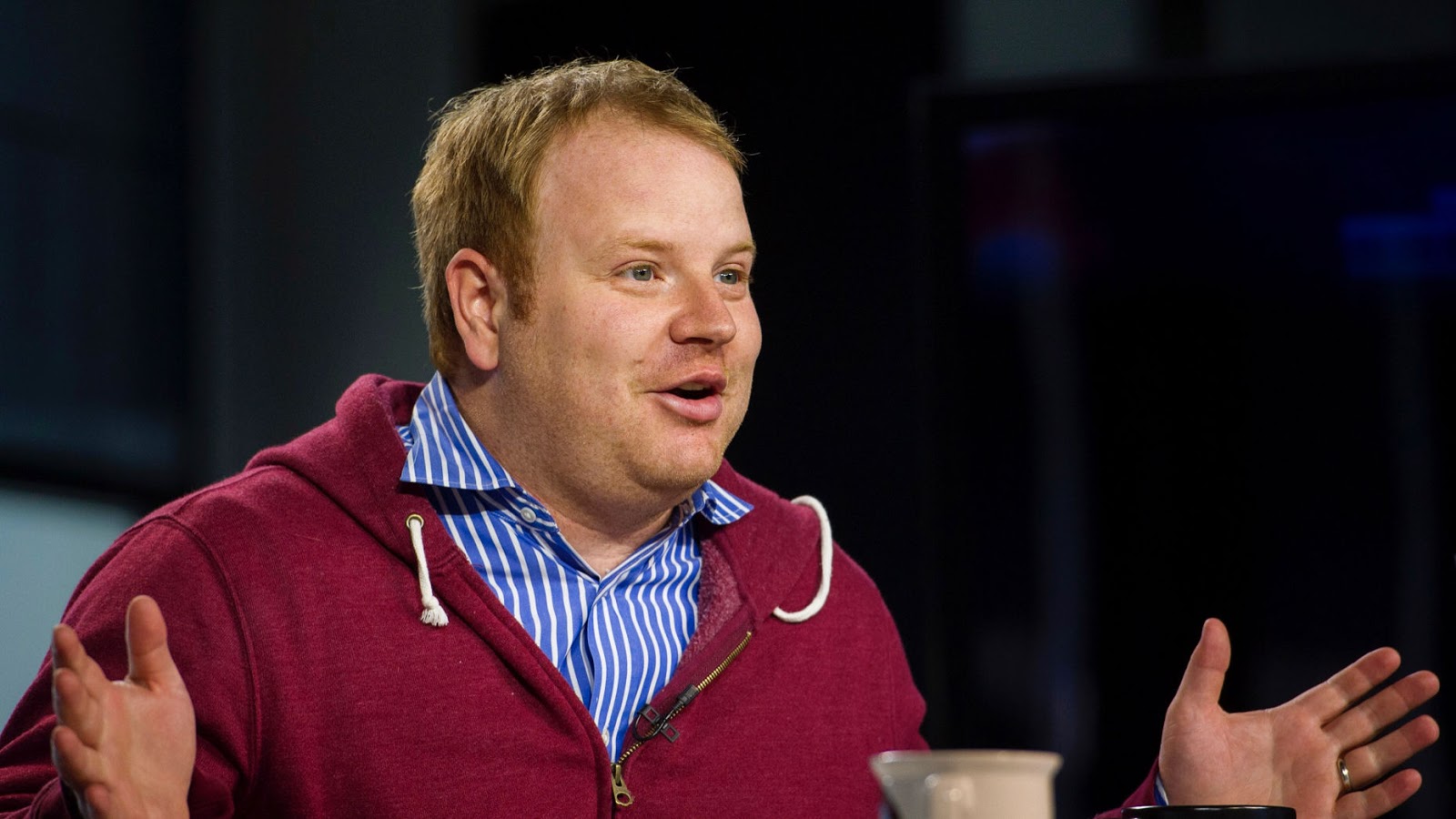 In addition to courage, it takes a healthy amount of insight to go for $100 billion. That, again, comes from observing the failures and successes of the founders’ previous employer, Zenefits.

Incredible growth numbers encourage Sankar to stay optimistic about Rippling, even though it’s a “winner takes all market,” as the CTO put it. But just how much is Rippling willing to pay for each customer to dominate the HR software space?

Sankar tells me I’m asking the wrong question. “We’re not in the business of paying the most to get the customer,” the CTO explains. Sankar alludes to a unique sales pitch as one of their advantages. But the biggest differentiating factor is that Rippling is a genuine all-in-one operating system. Many SaaS startups choose the route of selling a “gateway feature” to upsell their clients functionality in the future. Rippling just gives their clients the whole thing. 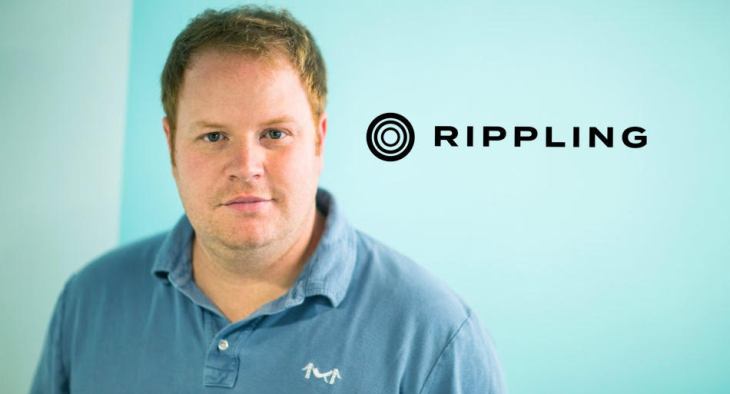 It’s just easier that way, Sankar says. “What we’ve seen with Zenefits or any other hyper-growth companies that I’ve been at is once you get an insane level of traction and market pull, things are compounding at a really huge rate that you’re just struggling to keep up, with the existing product constantly breaking” the CTO talks from experience. “And you’re just constantly patching and fixing it up.”

To avoid the deadweight of constantly having to build and rebuild the product, Sankar suggests a simple alternative: just build the whole thing right off the start. The CTO points to Zenefits, who tried to enter new markets unsuccessfully. Rippling, according to Sankar, aims to mimic Facebook in a sense that it’s going to stay pretty much the same over the lifetime of the company, scope-wise.

Today, Rippling has around 2,000 customers paying $700 per month on average. The new cohorts the company has been targeting lately has grossed Rippling a healthy branch of customers paying $15,000 – $20,000 a year. Across 2,000 paying companies, the HR platform now serves around 60,000 seats in total. $36 million in annual recurring revenue, Sankar thinks, is not far away.

An all-encompassing HR platform, Rippling has plenty of options in terms of how they market their product today. Insurance brokers, IT admins—they all make valuable partners for Rippling. The first 100 customers, however, were converted via much more down to earth approach: email.

“Cold outreach, yep,” Sankar says. “At the beginning, we were targeting founders, CEO’s, CTO’s. As we continued to grow and scale and expand, we started targeting HR decision makers.”

Those first emails have led Rippling to grow to 200 employees, half of whom are engineers. In addition to an army of external partners, the company has 20 quota-carrying salespeople to convert the leads. The sales algorithm, Sankar nods, is “very similar” to what they’ve been doing at Zenefits: the client is passed on from the sales representative to the account manager to, eventually, the customer success manager.

For a billion-dollar-targeting company, churn can definitely put some spokes in the wheels. Sankar does not comment on the churn numbers, but points out that it spikes towards the end of the year. Comparing expansion revenue to churn, Sankar confirms that Rippling’s net revenue retention is “significantly higher than 100%.”

Net revenue retention rocketed to an abnormal 300% after their recent $45 million funding round, the CTO recalls. He explains the phenomenon as a result of targeting hyper-growth companies, which produce significant expansion revenue and low churn. As Rippling is now starting to work with larger, more seasoned companies, net revenue retention seems to normalize.

Most of Rippling’s upsell potential lies in expanding the number of seats their customers are paying for. Sankar admits the company has not focused on expansion revenue historically (if that term can apply to a company founded four years ago), and is just now beginning to take the factor seriously.

Rippling has secured a $45 million Series A round in 2019. Looking at the macroeconomic conditions, the founders are aiming for a 30 months of runway. 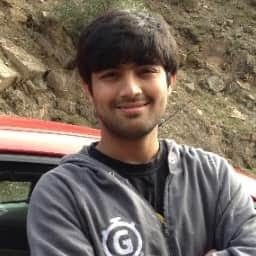