Cvent is the name in enterprise event management. It’s a software platform for event planners to manage everything in one place venue selection, registration, email marketing, and post-event surveys.

This is a niche that many casual enthusiasts in the SaaS space may not have given a lot of thought to.

If that’s you, you may be unaware that the meetings and events market is worth one trillion dollars, according to a 2014 report. That’s as big as the worldwide consumer electronics industry – it’s bigger than the GDPs of almost every country on earth!

And for the last twenty years, founder and CEO Reggie Aggarwal has made it his mission to transform the way meetings and corporate events have been held.

By all accounts, he’s succeeded. How did he get to the top?

This article is based off of Nathan Latka’s podcast interview with Aggarwal, which you can watch here:

Reggie started off with just one other co-founder in 1999, and the company took five years to become profitable.

Once profitable, though, it stayed profitable, and stayed growing. Cvent is different from hundreds of other dime-a-dozen companies that never end up turning a profit. One of Reggie’s core philosophies is discipline.

To him, turning a profit is the fundamental cornerstone of running a good business. These days, a company can live on a good idea alone, flare up over the course of a decade, and get bought out, making the founder and some core administrative staff very happy.

“In my view, to run a long-term business, you need to build the discipline and the culture to make money.”

To take just one example, everybody at Cvent flies economy class, including Reggie. As he put it, once you have the culture of people flying business class, it’s almost impossible to cut that back, even as your company grows (Cvent has more than doubled its employee numbers since 2016, hitting 4000 in 2019) and your travel costs start to balloon. 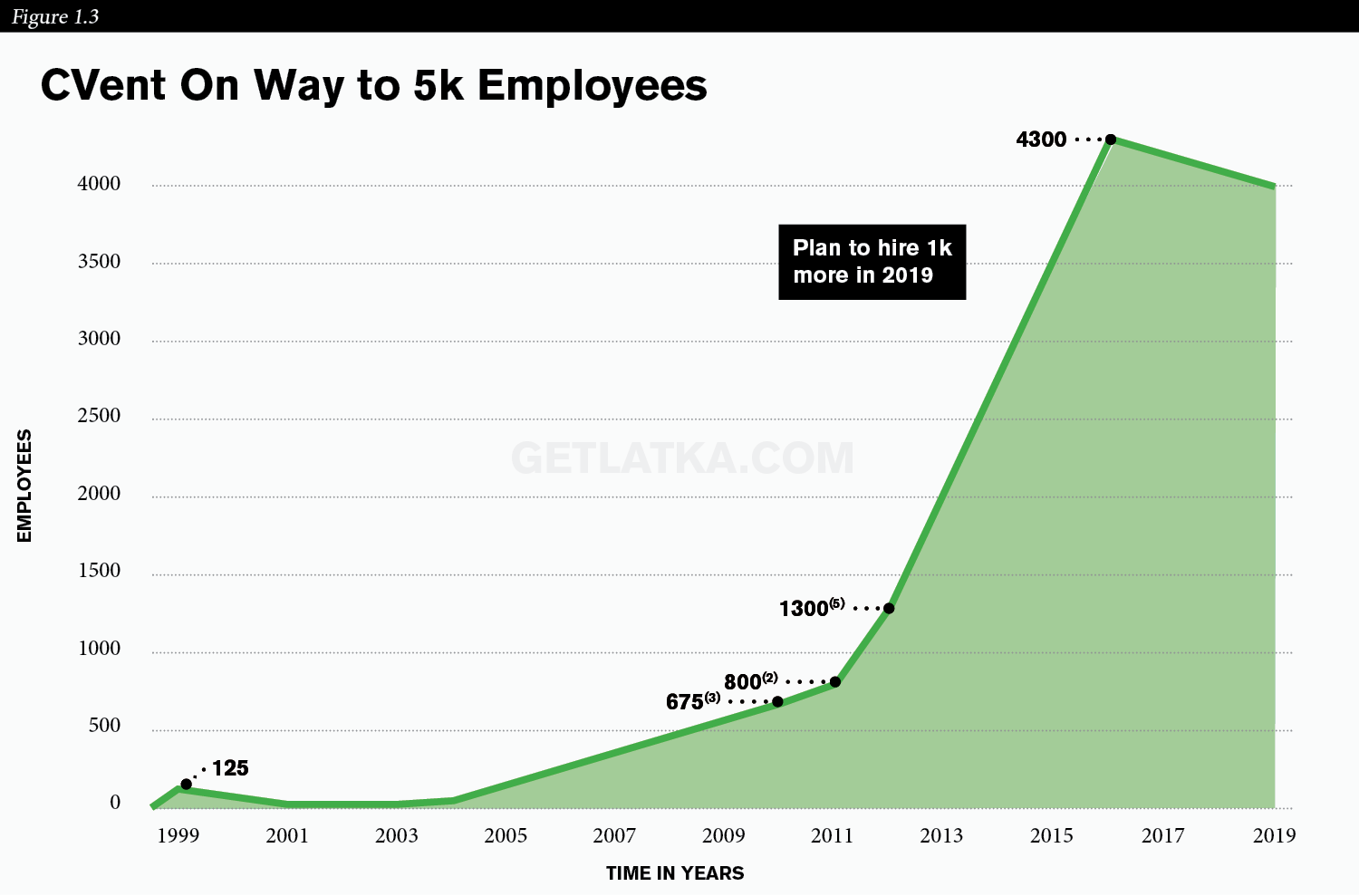 When the CEO flies economy, though, nobody asks for an upgrade. That’s discipline.

Today, Cvent has great brand recognition in North America. In the past year, they’ve opened offices in Dubai and Germany, which naturally comes with a higher CAC.

Reggie is happy to be patient, though. The success in North America has shown that he’s capable of growing his brand effectively, and he’s more than willing to invest profits from his North American markets into Dubai in order to gain trust there. 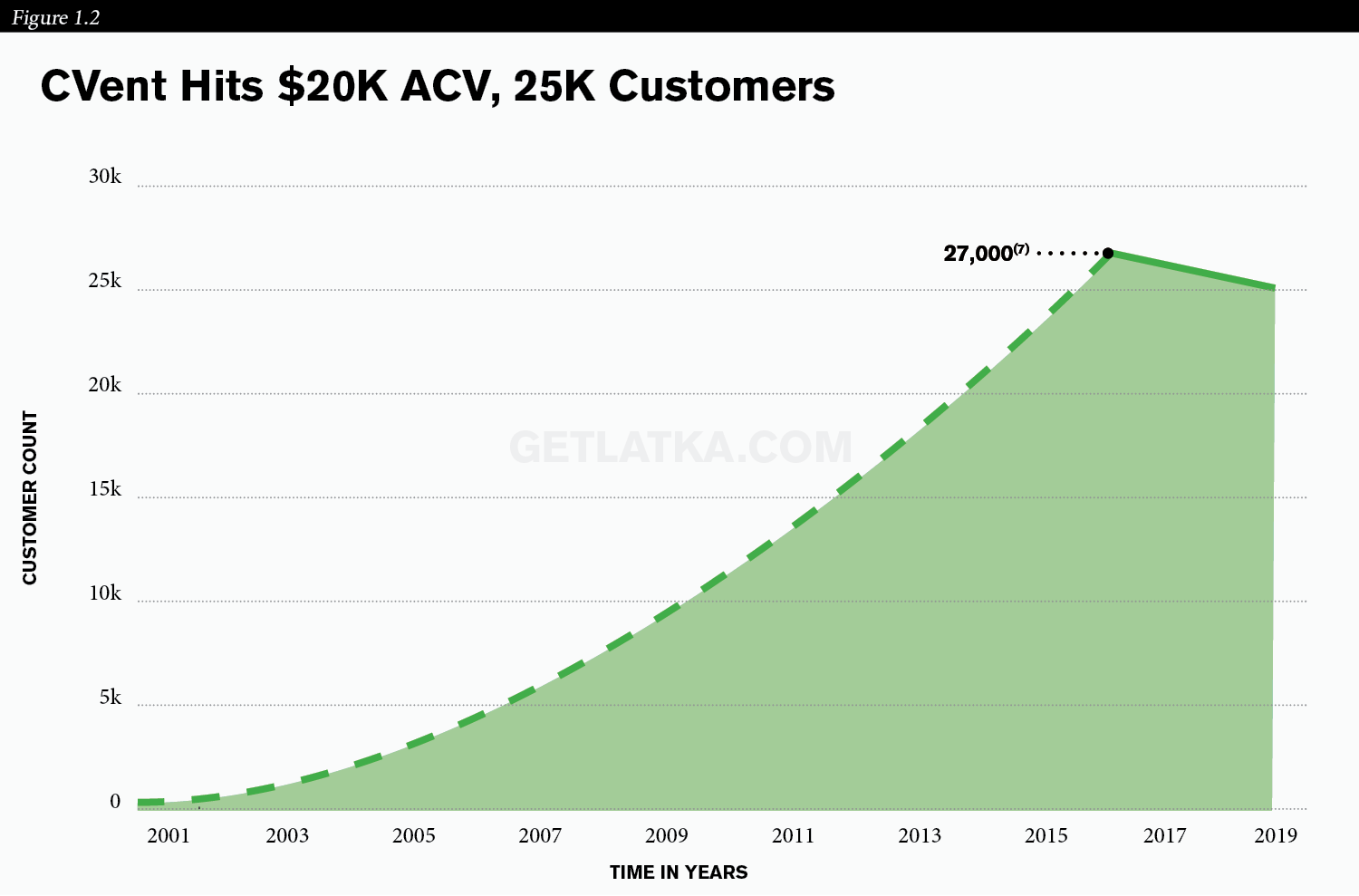 Besides, as he says, “The LTV (long-term value) is the biggest term. It’s the driver of what we do.”

In an industry marketing to enterprises, his customer projections and expectations are different from what a smaller business might cater to.

Once an enterprise customer buys your enterprise product, they tend to stick around for a long time, and you’ll have upsell opportunities as they grow.

Mid-size customers are different  – it’s easier for them to cut bait and get out of a locked system if they find another competitor of yours with a slightly better deal.

In 2013, Cvent was bought by Vista Equity Partners, a market-leading private equity firm focusing on software and technology startup companies. Vista has delivered an IRR between 25-35%, which is among the highest across Private Equity Firms.

Reggie, as the largest shareholder at Cvent, actually put a large share of his money back into the company, effectively increasing the equity at Vista. He briefly shined some light on how this process happens:

Vista bought Cvent for $1.65 billion. They wrote a check for a billion, and so there was a $650 million difference. How was that funded? Three ways.

One is debt. Because of their reputation, they might get debt at 7 percent, so they get $500 million debt. Then there’s money in the bank, in that case, $130 million, and they’ll use that.

The third is when owners like Aggarwal invest their share back into the company. That’s kind of like a discount for Vista, and they don’t have to come up with the cash to pay him as much.

Five years later, if they want to get a certain return on investment, most people might think they’d need to raise a multiple of $1.65 billion – but that’s not the case. There was debt involved.

So they sell for five billion, minus the debt, equaling $4.5 billion. That’s measured against the 1 billion check they originally wrote, coming up with a 4.5x return on investment with just under 3x return on the figure of $1.65 billion.

One thing Aggarwal wants you to take away from this is: learn the power of debt. He was “terrified of debt” when he started out, but now he looks back on that as a mistake. Here are venture debt to SaaS companies.

One thing that stuck in Reggie’s mind about being bought by Vista was the feeling of being able to take a breath, and look less at the short term quarterly figures than projections three to five years in the future.

They asked themselves, “What are the things that need to happen to hit a billion dollars in revenue? What systems need to be in place?” That thinking time allowed them to kind of restructure and refocus their goals.

And of course, once they were acquired, they were then working with their own biggest competitor, requiring them to integrate more on that front and pool what they knew. That let them gear up for some more acquisitions later on, especially to keep pace with the high number of purchases Vista makes on a regular basis.

Vista moves fast, too – Cvent learned quite a few industry and merger best practices from that experience.

Reggie’s Favorites and Summing Up

Reggie’s favorite book? Dale Carnegie’s How to Win Friends and Influence People, because it’s about affecting your social life instead of just your business life.

Most inspirational CEO: Steve Lucas, former CEO of Marketo. As a West Coast company leader meeting with Reggie, from the East Coast, there was a lot for both parties to learn from each other.

Reggie, 49 years old, gets 6 to seven hours of sleep each night, and he’s married with three children. And if there was one thing he’d tell himself at 20, it would be to “give, give, and give, and you’ll get tenfold back.”

Reggie had previously started a nonprofit and had the idea to start Cvent after finding out how hard it was to plan meetings and events there. 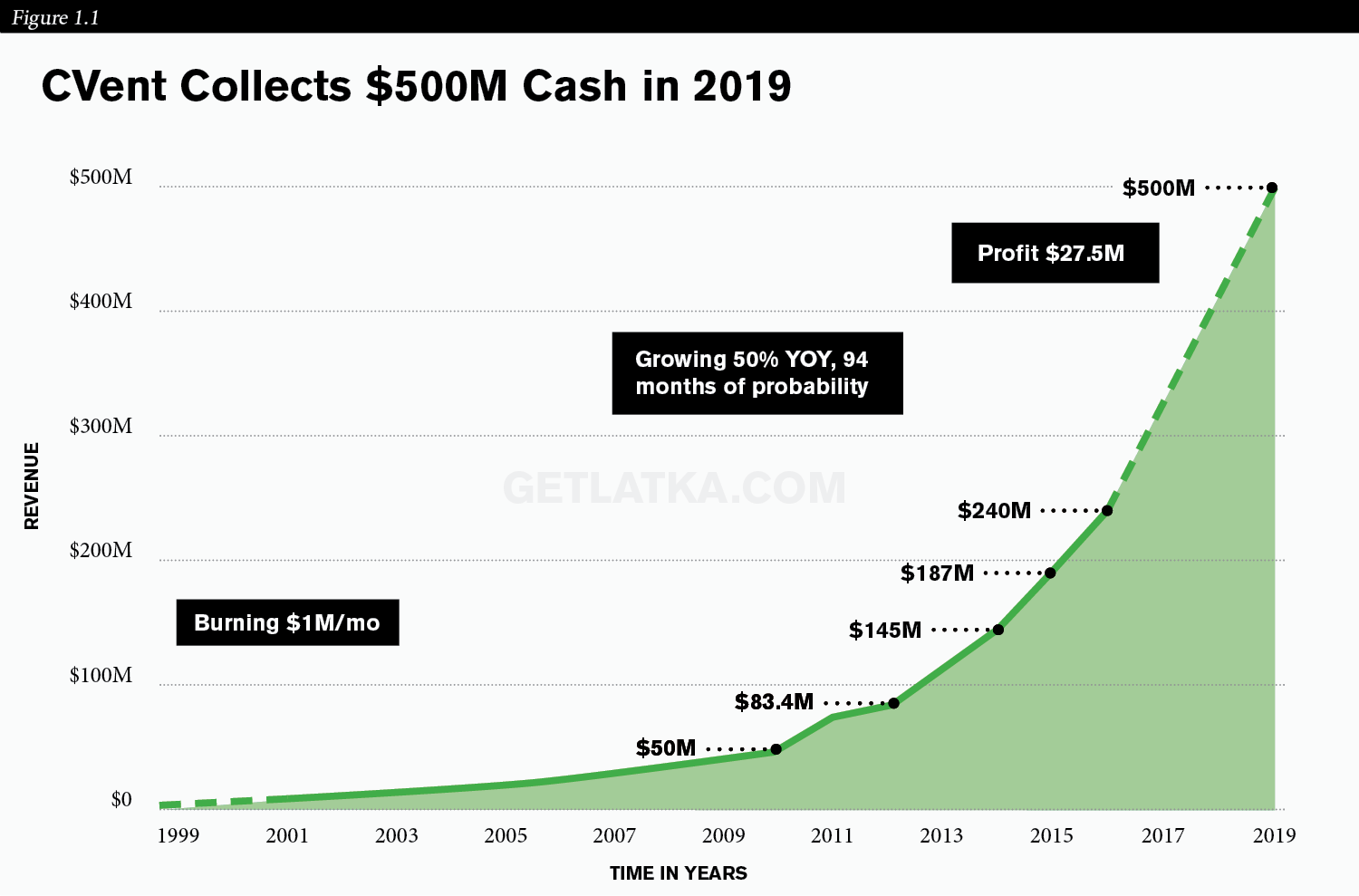 He’s got net revenue retention between 100% and 115%, expanding all over the world, and looking to expand aggressively in the near future.

How long until he hits $1b in annual recurring revenue?